The 919 Hybrid shared by Nick Tandy, Andre Lotterer and Neel Jani is extending its advantage at a rate of roughly one lap per hour over its closest challengers, the slower LMP2 cars.

The sister #2 car is now up to eighth as Earl Bamber continues to fight back through the field after a motor generator unit replacement much earlier in the race.

Anthony Davidson is 13th overall in the #8 Toyota - the only other LMP1 car still in the race. 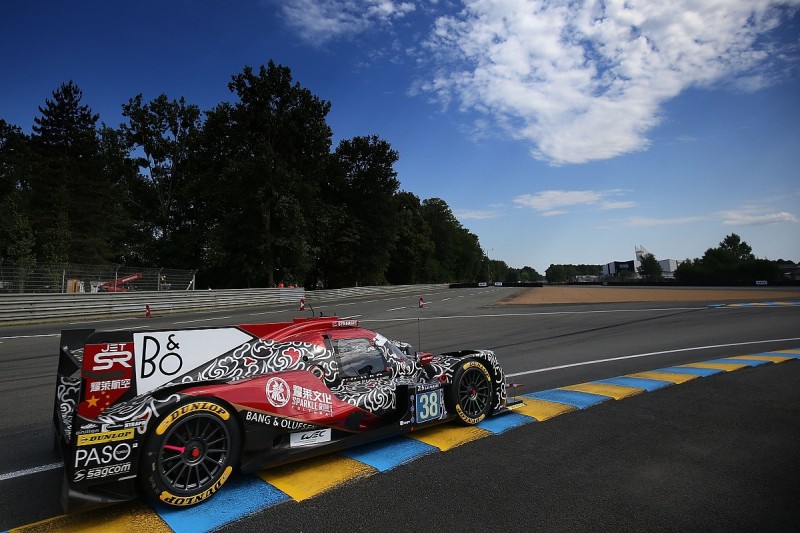 Oliver Jarvis leads LMP2 in the Jota-run #38 Jackie Chan DC Racing ORECA, having taken over from 19-year-old Thomas Laurent at the latest round of pitstops.

The car also runs second overall, although even if it runs cleanly it's on course to be overhauled by the recovering #2 Porsche.

The gap between Jarvis and the chasing #13 Rebellion ORECA of David Heinemeier Hansson fluctuates between a lap and somewhere in the two-minute bracket.

With the Rebellion on the brink of stopping when the hour ended, the lead is about to go back to a lap.

The #31 Rebellion has been eliminated from contention for victory, with a lengthy stay in the garage to change the gearbox internals.

The car looks set to return to the track shortly, but has already dropped to 12th in class.

Will Owen did cost the car a little time when he spun into the gravel on his outlap, although he subsequently recovered.

The #34 Tockwith Ligier of Karun Chandhok has also climbed into the top 10 thanks to the problems for the #31 Rebellion. 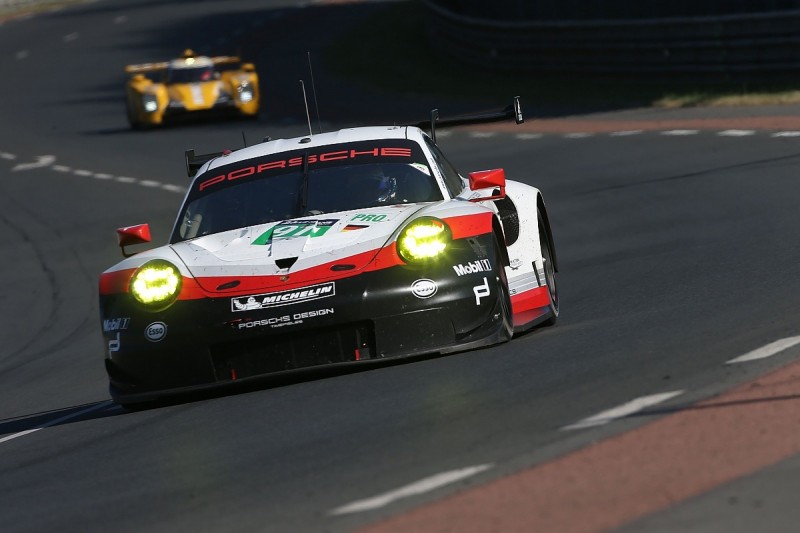 Three cars remain in the hunt for GTE Pro honours at Le Mans as divergent tyre strategies play out.

For the majority of each hour the #91 Porsche now driven by Richard Lietz runs over a minute ahead of a cast of other GTE Pro entries that rotates according to their pitstop schedule.

When it pits, it re-emerges in third immediately behind the one-team leader, the #97 Aston Martin, and the #63 Chevrolet Corvette.

Seven seconds separate these cars during this phase and any further slow zones or safety cars in the remaining hours could prove crucial to the outcome.

The quickest of the Fords, the #67 entry, now with Luis Derani at the wheel, remains on the lead lap but is around a minute further behind this group.

In GTE Am the JMW Ferrari still has a lap in hand over the similar car fielded by AF Corse under the Spirit of Race banner, which in turn is a minute and a half ahead of third-placed Scuderia Corsa's 488.