Team co-owner Richard Dean confirmed that a dialogue had been opened with three-time Daytona 24 Hours winner Montoya, who is racing for the Penske Acura team in this year's IMSA SportsCar Championship, about a driving one of its LMP2 Ligier-Gibson JSP217s in the World Endurance Championship round in June.

Mercedes DTM driver di Resta was described by Dean as his "number one choice" for one of the unfilled drives after his performances with the team at the Daytona and Sebring IMSA rounds this year.

United has two seats for Le Mans available, one alongside Filipe Albuquerque and Phil Hanson and one with Hugo de Sadeleer and Will Owen.

Dean told Autosport: "Yes we're talking to Montoya, and who wouldn't want him?

"I'm a big fan, and I watched him at the Daytona 24 Hours when we were there.

"He was awesome through traffic, and he's not lost any of his hunger and aggression.

"I'd love it to happen, but the honest truth is it's not done.

"I know he wants to do it, I have spoken to him, but we haven't done a deal." 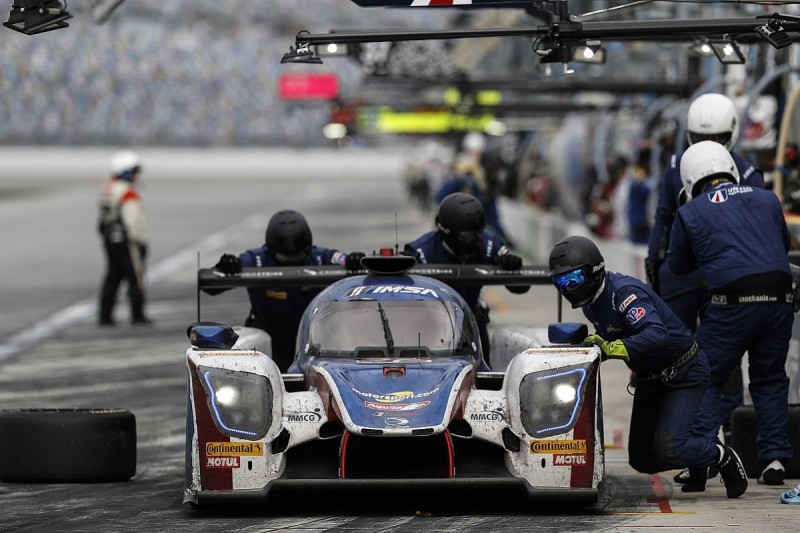 Dean acknowledged that Montoya's presence would be a huge marketing boost for United in a similar manner to Fernando Alonso's presence in its Daytona line-up in January.

Montoya took victories at Daytona aboard Chip Ganassi Racing Daytona Prototypes in 2007, '08 and '13, and also tested a Porsche 919 Hybrid LMP1 car at the end of 2015.

Di Resta has impressed United on his two outings with the team so far, Dean said.

"Paul did an amazing job at Sebring, a real, real quality job," he explained.

"I'm not saying he didn't do a good job at Daytona, but something at Sebring made him look like an absolute seasoned sportscar driver."

Dean admitted he would like to have McLaren F1 test and reserve Lando Norris, who also drove for the team at Daytona, for Le Mans.

But it is understood that the 18-year-old will focus on his Formula 2 drive with Carlin and his F1 role.