Dario Franchitti says he had an LMP1 Le Mans 24 Hours drive with Porsche lined up for 2015, before his career-ending IndyCar accident

The four-time IndyCar champion was forced to retire on medical grounds aged 40 in late 2013, following a crash in that year's Houston race.

Franchitti was a semi-regular in sportscar races such as the Daytona 24 Hours during his time in America, and planned to be part of Porsche's LMP1 programme in 2015, the year after it returned to the World Endurance Championship.

"I'd have liked to have done Le Mans, that was the big dream," the three-time Indianapolis 500 winner said at Autosport International on Saturday.

"I'm a big Porsche fan, literally my phone is full of pictures of Porsches and my garage has a couple too, and I love the brand.

"I became friends with Wolfgang Hatz who is the head of R&D there and I talked to him a bit about it and he said to come along.

"So I went to [Porsche's base in] Weissach and had a big top secret meeting with [LMP1 team principal] Andreas Seidl and the guys there.

"I said I wanted one more chance at Indy, I wanted to do 2013 and '14 and then I said I'd be done with IndyCar and then I wanted to come and he said that was fine, and it fitted in with their plan. 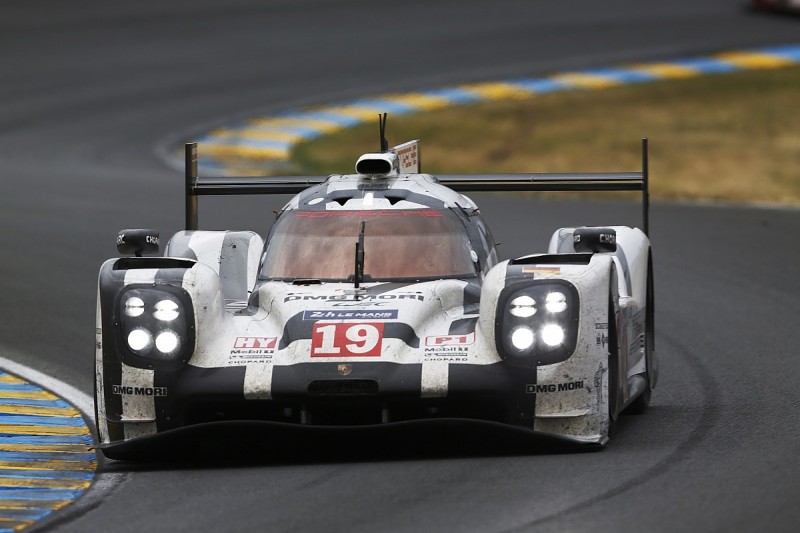 Franchitti has been able to get back behind the wheel of race cars since recovering from his head, spine and ankle injuries, but is not able to race or risk another major accident.

"I can't really chance it, I'll do permanent damage, so that was it. I was lucky to do what I did.

"What used to seem normal to do everyday is not normal, especially in IndyCar with the dangers, what those guys do is not normal.

"I now look at it and think, 'what the hell was I thinking?', so I don't miss that bit.

"I can't get my head to work that way anymore. I would've liked to have done some other stuff, some fun stuff - maybe even a little bit of Formula Ford, to get out and do the Walter Hayes Trophy or something.

"I just can't do it, as much as I'd love to put a white helmet on and sneak out there."