GT3-based cars will take over from the current GTE class at the 2024 Le Mans 24 Hours, the Automobile Club de l'Ouest has announced.

Following the decline of the current GTE regulations cycle, with several manufacturers axing or scaling down programmes, the ACO, the organisers of the World Endurance Championship and Le Mans 24 Hours, have shed more light on the future of GT racing in the series.

The current GTE Pro and GTE Am classes will remain in place for the 2022 and 2023 WEC seasons, including Le Mans.

From the 2024 season onwards, the ACO will adopt cars based on the GT3 rules package, a simplified and cheaper formula which has been a popular, universally used rule set in GT racing around the world, including the Spa 24 Hours and Nurburgring 24 Hours.

That means the WEC and the Le Mans 24 Hours will ultimately converge with IMSA's Sportscar Championship, which will already switch from GTE spec cars - called GT Le Mans - to a GT3-based GT Daytona Pro class in 2022.

Following the exit of Ford, Aston Martin and BMW, GTE Pro numbers had dwindled to a mere four full-time WEC entries for the 2021 season, with just two cars apiece from Ferrari and Porsche. 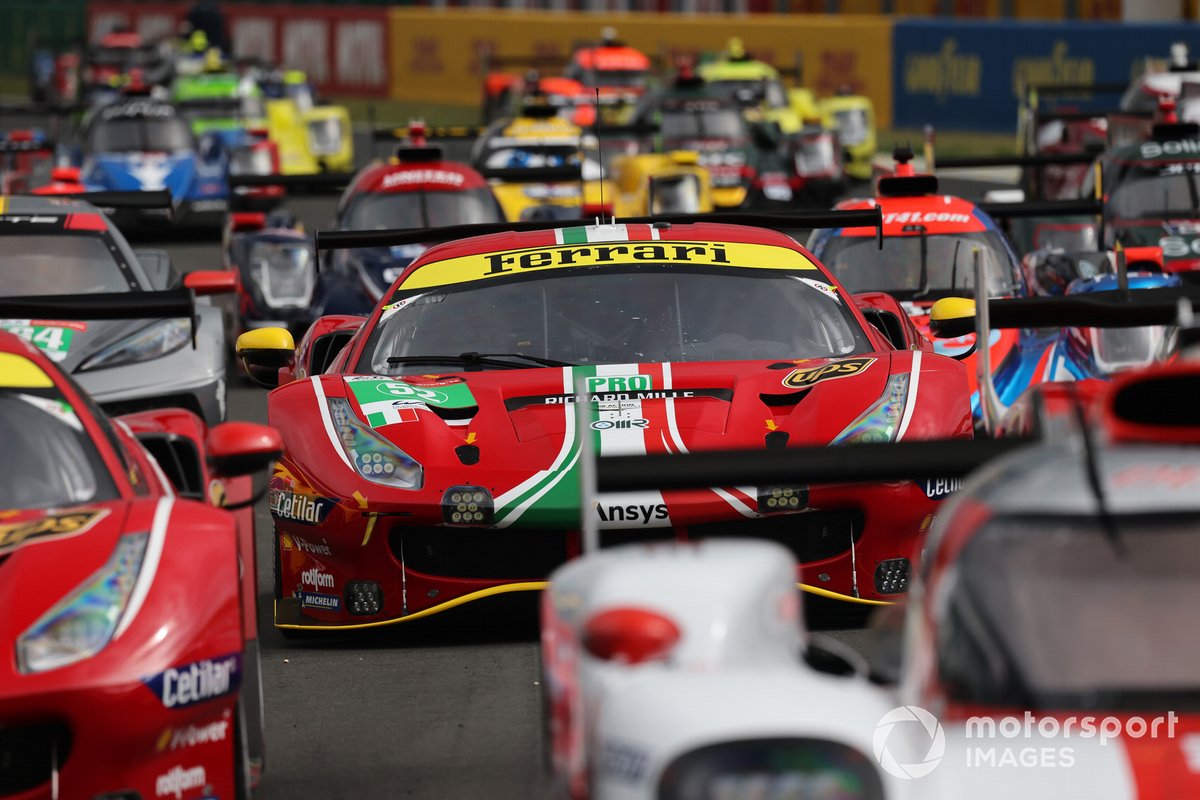 Meanwhile, the WEC's GTE Am class has still seen healthy numbers with 13 full-season cars and 23 entries at Le Mans, which is part of the reasoning to extend the GTE platform for an additional year beyond 2022, but with a focus on amateur racing.

It is not yet clear in which way - if at all - standard GT3 machinery will be modified for WEC, but Autosport understands that, as it stands, WEC's new GT category will become a single Am-based class from 2024.

Some of the brands racing in GT3, which could potentially head to Le Mans's GT class from 2024 onwards, include Mercedes, Lamborghini, BMW, Audi and Honda/Acura.

The ACO is not a complete stranger to GT3 regulations, having already adopted it in its Asian Le Mans Series and in the Michelin Le Mans Cup.

The ACO and IMSA have also decided to extend its long-standing partnership agreement for the next 10 years, continuing to work together on sporting and technical regulations.

The partnership has already led to convergence in the top prototype class, allowing the new Le Mans Hypercars and future LMDh prototypes to compete on both sides of the Atlantic.