Ferrari and Porsche have committed to continue racing in the GTE Pro class of the World Endurance Championship until the end of 2022.

The extension of the commitment of the two remaining manufacturers in the WEC's top GT division after Aston Martin's withdrawal at the end of 2020 ensures that the division will continue for at least another season beyond the soon-to-begin 2021 campaign.

That is in line with the position of WEC promoter the Automobile Club de l'Ouest and the FIA, which have both stated that there is no intent to replace the class before 2023 at the earliest.

A spokesman for Porsche told Autosport: "We will continue in 2022 with the same programme as this year, which means a factory engagement with two cars."

Ferrari has offered a similar statement, saying that it will "continue in GTE Pro 2021 and '22".

Both Ferrari and Porsche are running two cars in full programmes in the WEC this season with the AF Corse and Manthey teams respectively.

The works Ferrari 488 GTE Evos and Porsche 911 RSRs will be joined for selected races, including the Le Mans 24 Hours, by Chevrolet's Corvette Racing operation, while the Proton Competition-run WeatherTech and HubAuto Corsa Porsche teams are also on the Le Mans entry in GTE Pro.

Corvette looks set to increase its participation in the WEC next season in the wake of the IMSA SportsCar Championship's abandonment of its equivalent GT Le Mans class for 2022 in favour of a new 'GT Daytona Pro' class for GT3 machinery.

Chevrolet said that it was evaluating "future racing opportunities" for the mid-engined Corvette C8.R introduced at the start of 2020 on the confirmation that it will be competing with a solo car in the opening round of the 2021 WEC at Spa on 1 May.

The future of the GTE regulations beyond 2022, when Ferrari and Porsche will move into the Hypercar prototype class of the WEC, is much less clear. 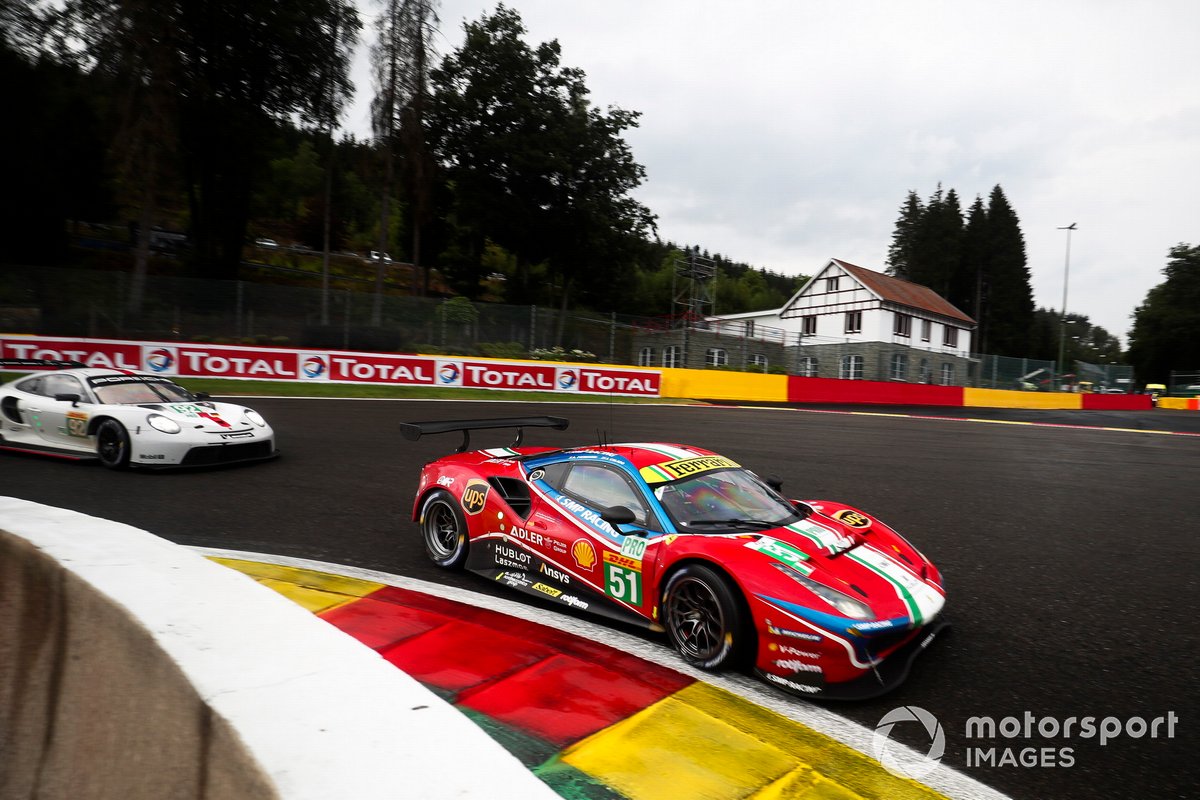 Ferrari’s spokesperson explained that the Italian marque will "focus on its Le Mans Hypercar programme" for 2023.

Porsche described 2023 as "a different topic because we will be racing with our LMDh and in the current planning there will be a works team".

The spokesperson appeared to rule out any kind of factory GT engagement in the WEC should the ACO and the FIA follow IMSA's lead and move to GT3 rules for 2023.

"Fritz Enzinger [Porsche Motorsport boss] has been clearly saying that, for us, GT3 is customer racing," he said.

The ACO and FIA said in a joint statement that no decisions have been made about its plans for the GT categories beyond 2022.

"The LMGTE ruleset provides a strong full-season entry in the FIA WEC across the Pro and Am classes, and the nature of the cars, without driver aids, makes them highly popular amongst the competitors," it read.

"The future remains open, but the decision will not be imminent and LMGTE cars will compete in the WEC until at least the end of the 2022 season. A longer-term strategy will be discussed and decided at the FIA Endurance Committee meetings later this year."

Ferrari expressed a desire for what its spokesman called "some kind of GT plus category" to continue within the WEC and the sister European Le Mans Series. "There are a lot of gentleman drivers racing our cars and they are important customers for us," he said.

Ferrari and Porsche have both admitted that they are developing new cars for the next set of GT3 rules due to come into force in 2023.