The two-time Formula 1 world champion explained that he had viewed all the available on-board video from the #8 Toyota TS050 HYBRID shared in 2017 by his team-mates this year, Sebastien Buemi and Kazuki Nakajima, and reserve driver Anthony Davidson.

"I watched all of that and some races from the past, videos, the lap from Kamui [Kobayashi] in qualifying on the internet," Alonso said prior to the start of his 2018 Le Mans campaign with tomorrow's official test day.

Alonso had previously reported that he had watched the full six hours of the 2017 Spa 6 Hours prior to the start of his World Endurance Championship programme with Toyota at the Belgian track last month.

The 36-year-old believes that he could have done nothing more to prepare for his debut in the 24 Hours on June 16/17.

Alonso said that he was looking forward to experiencing the long Le Mans lap for the first time in the Toyota LMP1 hybrid after multiple sessions on the simulator at the team's headquarters in Cologne.

"Obviously the real track and the real conditions are always different because you don't have the uphill and the downhill on the simulator," he continued.

"The adjustment to the speed difference between cars and to the traffic is something that you develop only in the real car and with a good number of laps.

"Tomorrow that's the intention. It's going to be interesting in the car."

It is unlikely that Alonso will get significantly more laps that his more experienced team-mates over the eight hours of testing tomorrow.

"I saw the programme, and it's quite even for the moment," he explained.

"I get some longer runs compared with the others — I think we'll end the day with a little bit more laps on my board, maybe 10 percent more but not much more." 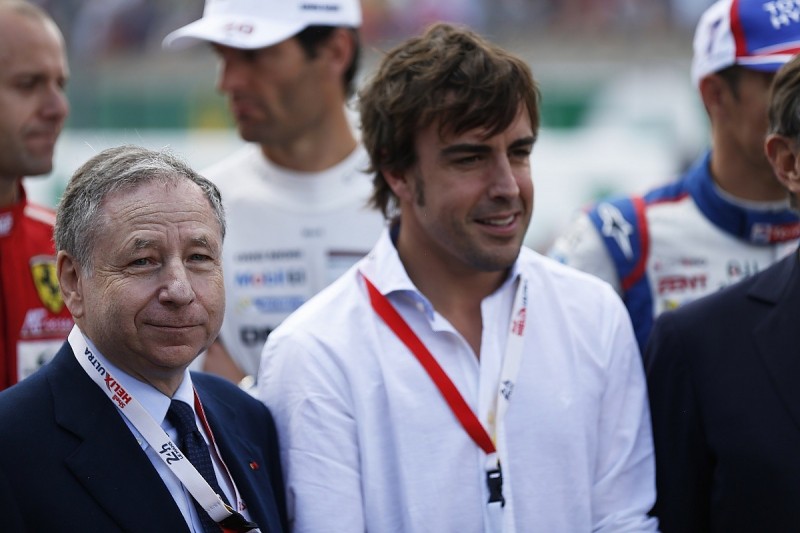 Alonso has driven the Circuit de la Sarthe at Le Mans in the past — he undertook one lap in a 1970 Ferrari 512M in 2014 ahead of performing his role as honorary starter for the 24 Hours that year.

"That lap was quite difficult because I didn't know the track," he explained.

"When I started obviously the first two minutes of the track you are on long straights with no grandstands — I didn't know if I was on the actual track or on the escape road!"