The eight-time class winner at the Le Mans 24 Hours will enter a solo Chevrolet Corvette C7.R in the GTE Pro ranks at the Chinese round of the 2018/19 WEC superseason on November 18.

Drivers for the car, which will be fielded by the Pratt & Miller-run factory squad, will be announced at a later date.

The Corvette will compete in a special livery to promote the launch of Chevrolet's Redline limited-edition vehicle in China.

It will be the first time that Corvette Racing has competed at a regular WEC round outside of Le Mans, although it was on the grid at the joint WEC/American Le Mans Series event at Sebring in March 2012 (below).

The Shanghai WEC event comes five weeks after the Petit Le Mans finale of the United SportsCar Championship in which the team is competing full-time with two cars in 2018.

Scott Lawson, general director of Chevrolet at the SAIC-GM organisation that manufacturers and sells General Motors products in China, said: "Corvette is a global icon that we are excited to be bringing to race in China, the second largest market for Chevrolet."

Chevrolet motorsports director Mark Kent added: "Competing in the Shanghai race provides us an additional opportunity to test ourselves against the top manufacturers and teams in the WEC." 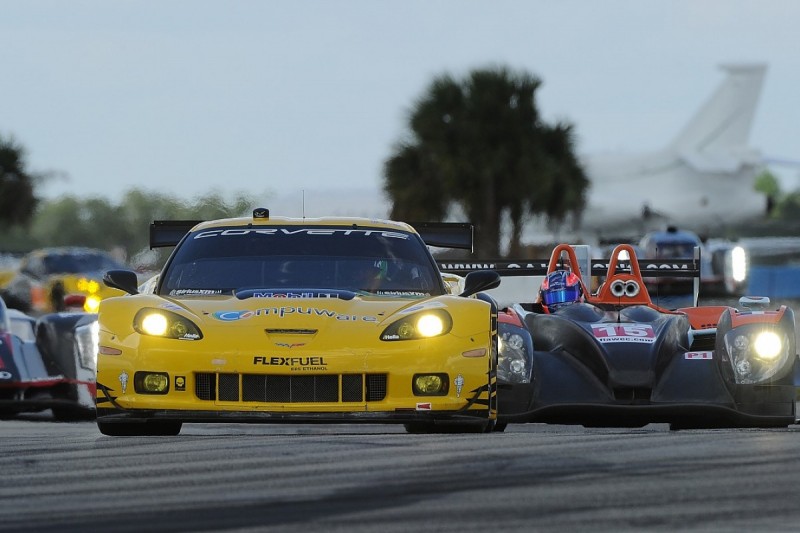