In previous years, Aston has tended to use two drivers per car after the Le Mans 24 Hours, although it kept Daniel Serra on for an extra three races last season.

Aston Martin Racing managing director John Gaw said the team was likely to follow a similar plan this year, albeit not until October's Fuji race and the Shanghai round the following month.

"[Two drivers per car] is certainly the most efficient way to do it," said Gaw.

"We haven't made a final decision yet, but I would expect we would go to Fuji and Shanghai with a couple of drivers [per car].

"There's no weak link. But you have to go with the guys who'll do the best job for you. You have to make a non-emotional decision.

"It depends on the other driver commitments as well. If we have guys with customer teams, or PR commitments, we have to balance that. The guys only have so many working days in a year."

The line-ups in Aston's two cars for August's Silverstone WEC round is unchanged, which Gaw explained was due to the team's PR commitments for its home race.

Three drivers will also be used in each car for next March's 1000-mile race at Sebring.

Gaw was keen to emphasise that a number of Aston Martin's drivers have packed schedules this year, which will have a bearing on who races in Fuji and Shanghai and who does not. 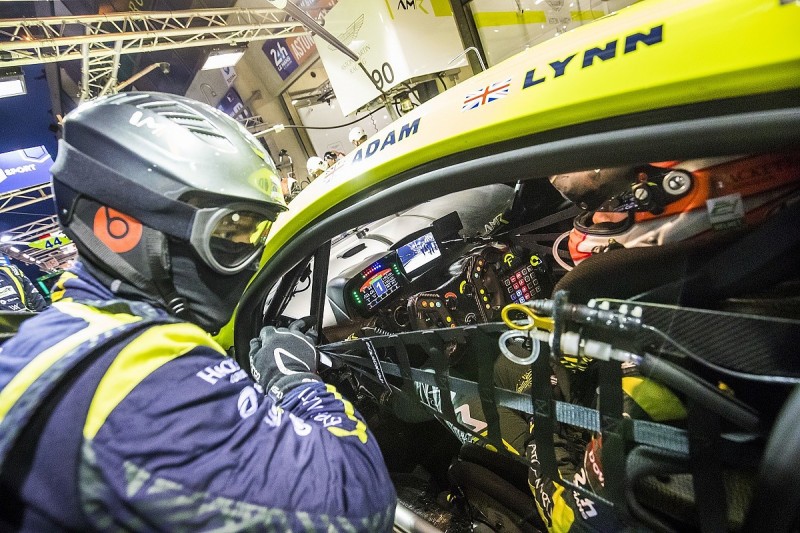 "We have these guys in British GT, we have them in Blancpain GT," said Gaw.

"Maxime and Nicki were on their 12th consecutive weekend [at Le Mans], but they love it. They're racing drivers!"