Gavin, who is driving with Corvette Racing in the ALMS race on the WEC bill, has been called in to share the lead Aston Martin Vantage GTE with Darren Turner and Stefan Mucke.

The Briton, who leads the ALMS GT points with Tommy Milner, has joined the line-up because Mucke sustained rib injuries in the Barcelona 24 Hours earlier this month and is not expected to be able to drive a full quota of stints.

Gavin undertook six laps in the Aston during testing on the Circuit of the Americas on Thursday.

"It seems a bit odd driving with Aston having raced against them for so many years, but I'm happy to be helping the guys out because the Corvette versus Aston battle was always a healthy and friendly one," he said.

"Corvette Racing have been very good about this. I'd also like to think that if we needed some help and wanted Darren or whoever in one of our cars, Aston would oblige."

Gavin was first sounded out for the drive at last weekend's Goodwood Revival. It was not clear at that stage whether Mucke would be able to drive at all, but he was signed off by doctors on Monday. 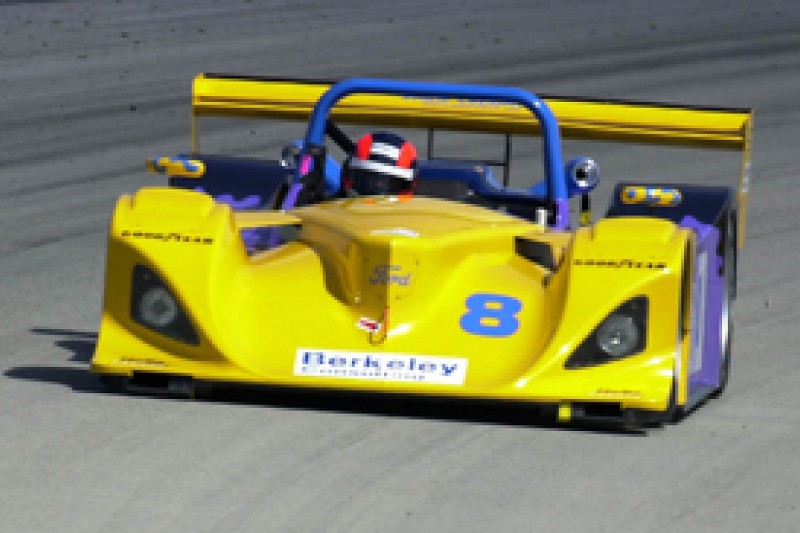 AMR team principal John Gaw said: "Stefan is recovering incredibly quickly following the Barcelona 24 Hours, but with the option to add such an experienced driver as Olly to the #97 line-up this weekend, it did not take long to make this decision."

DID YOU KNOW?
Gavin will be renewing his relationship with the engineer of the #97 Aston, Gav Fuller, this weekend.

They worked together when Gavin was taking his first steps in sportscar racing with the Creighton/Schubot Lola squad in 2000 (pictured).