The German manufacturer will replace its existing M6 GT LM - with which it competes in the IMSA SportsCar Championship - with a GTE contender that is eligible for both the North American series and the WEC.

The move will take BMW into the reborn WEC for the first time and back to Le Mans for a first appearance since 2011.

It competed in the 24 Hours with the M3 GT2 in 2010 and and again the follow season as part of a programme in the Intercontinental Le Mans Cup, the forerunner of the new WEC.

The return to Le Mans is part of what BMW is describing as a "strategic realignment" of its motorsport activities that includes a co-operation with the Andretti Formula E team and continued participation in the DTM.

The WEC entry is part of a renewed commitment to GT racing that will include the introduction of a new M4 racer (pictured below) for the GT4 category. 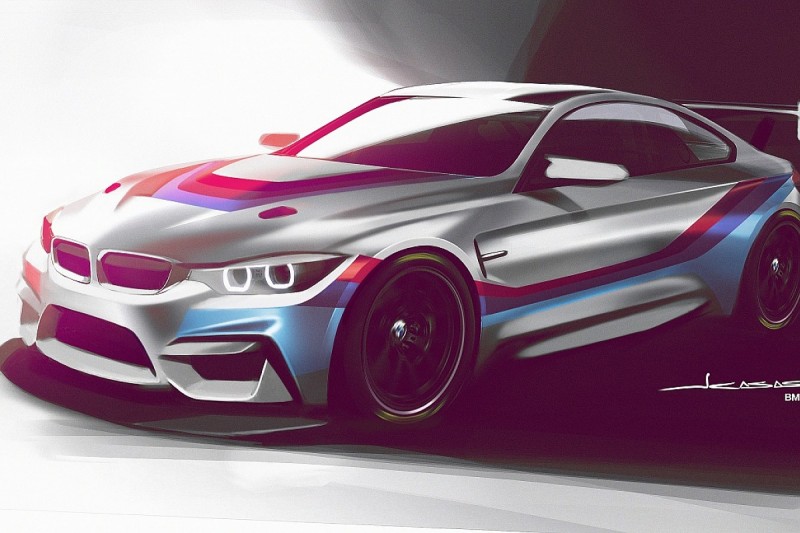 BMW Motorsport boss Jens Marquardt said: "Starting with the 2018 season, we want to further expand our activities in GT racing and compete in the WEC, as well as the IMSA SportsCar Championship.

"The way the WEC has developed so well makes us confident that there is a big future for GT racing."

This health of GT racing, he continued, provided the "motivation behind our further expansion in the customer racing sector".

"Our range is already spearheaded by a successful representative in the form of the BMW M6 GT3," Marquardt explained.

"As of 2018, we will also be excellently represented by the BMW M4 GT4 in the GT4 class, which is currently experiencing something of a boom."

BMW has yet to reveal details the replacement for the M6 GT LM with which it competes in IMSA with the Rahal team.

Permission was granted by IMSA and BMW's rivals in the GT Le Mans class to allow it to compete with an upgraded version of its M6 GT3, which means it is not eligible for the WEC.

Options could include an M-brand car based on the common chassis platform shared by the 5, 6 and 7-series cars and the forthcoming Z5, which replaces the Z4 and is being co-developed with Toyota.

The races that built the Jaguar legend