Alpine has conceded that it will have to live with its inability to match the fuel mileage of the new Le Mans Hypercars through the 2021 World Endurance Championship season.

The French manufacturer claimed pole position for Sunday's Portimao 8 Hours WEC round with its Alpine-Gibson A480 grandfathered LMP1 car, but is facing the prospect of having to make at least one extra pitstop in the race.

Signatech boss Philippe Sinault, whose team runs the Alpine WEC programme, had argued after the Spa series opener in May for a change to the Balance of Performance to equate the stint length of the A480 and the LMH machinery.

There has been no change for the Portimao fixture in Portugal and Alpine has been told by the rule makers that its problem will not be addressed.

"We are blocked because they are not going to change the BoP," Sinault told Autosport.

"We know we have to live with this issue."

The Alpine is not able to use the full amount of energy allocated to it under the BoP because the fuel tank of the ORECA P1 design that formerly raced as the Rebellion R-13 is not big enough.

This is because the car was developed around the ORECA 07 LMP2 monocoque and therefore has a P2-sized fuel tank of 75 litres.

This meant the car had to stop two laps earlier than Toyota's new LMH contender, the GR010 HYBRID, at Spa and therefore needed to make one more fuel stop. 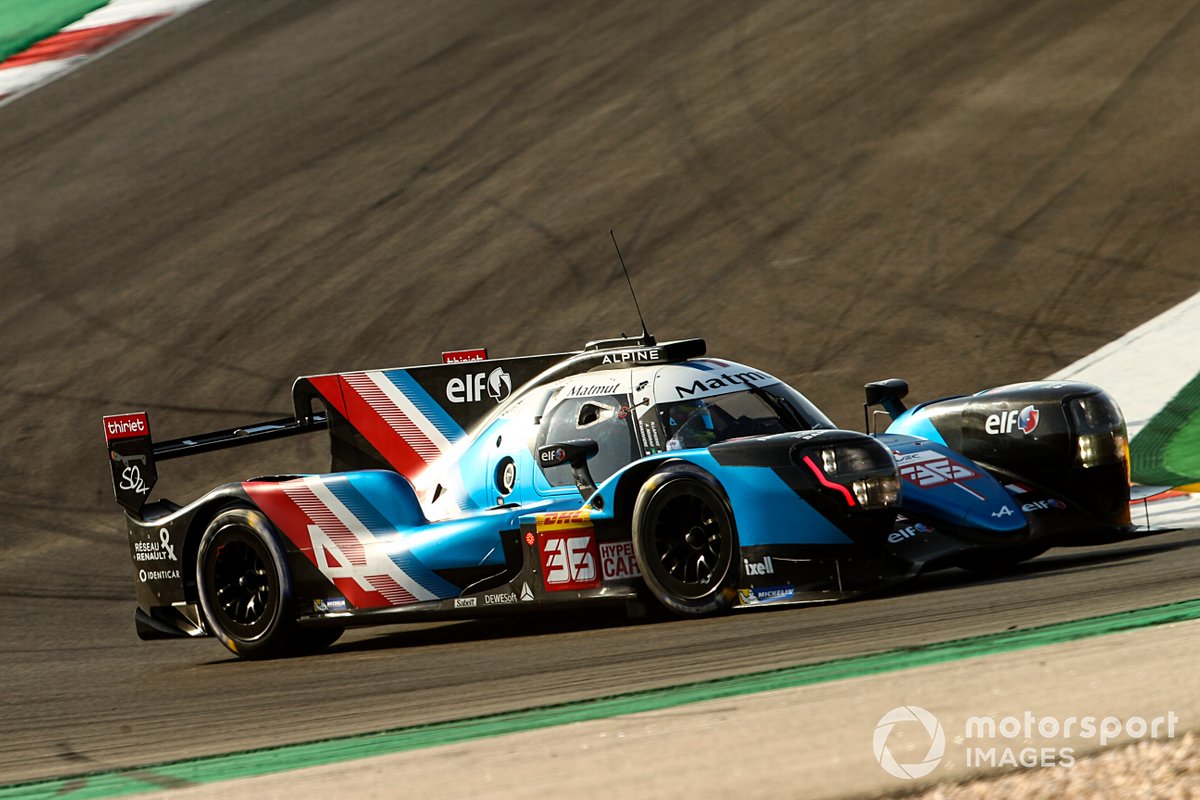 Thierry Bouvet, technical director of series promoter the Automobile Club de l'Ouest, explained that it would not be correct to reduce the stint length of the LMH machinery to bring the Alpine onto a par with them.

"It would seem unfair to reduce the laps for LMHs because the stint length has been defined in the regulations for probably two years," he said.

"It is important to remember that the Alpine is a grandfathered car and there is a limit to which we can play."

Pole winner Matthieu Vaxiviere outlined a hope that Signatech will be able to use strategy to overcome its fuel-mileage deficit in the eight-hour race at the Algarve circuit near Portimao.

"Maybe with strategy and full course yellows we will can manage it — we have a great team for strategy," he said.

Sinault added that Signatech is "working on a way to manage the situation".

"For sure we can improve a little bit and then maybe we can work the ACO and the FIA [which jointly write the WEC regulations] to find a good compromise," he said.

The WEC 8 Hours of Portimao starts on Sunday June 13 at 11:00 local time (+1 GMT) and will be streamed live on Motorsport.tv.