The German manufacturer revealed during the launch of its 2014 livery in the city of Le Mans today that it will race with just one energy-retrieval system rather than the permissible two, and that the R18 will run in the lowest of the four sub-classes of hybrid power.

Audi has opted not to race with the Energy Retrieval System - Heat, which is known as a Motor Generator Unit - Heat in F1, after extensive testing on the second-generation R18 since the end of last year.

That means it will recuperate energy to be stored in its flywheel mechanical battery only via a new version of the front-axle kinetic system (ERS-K) that it has run for the past two years.

Its ERS-H, which drives off the turbocharger of the R18's V6 diesel engine, had been announced as part of the technical package for the car in December.

Audi Sport boss Wolfgang Ullrich told AUTOSPORT that the system did not offer the gains that had been hoped for and that there were concerns over its reliability.

"We did not get out of the system what was expected, and therefore, a lot of risk and not a lot of benefit is not a good decision for the Le Mans 24 Hours," he said.

Ullrich explained that the demands of getting a turbodiesel LMP1 challenger under the new 870kg minimum weight limit in order to optimise weight distribution also played a part in the decision.

The Audi R18 will run in the sub-class that allows for two megajoules of hybrid power to be returned to the race-track over each 8.47-mile lap of Le Mans. 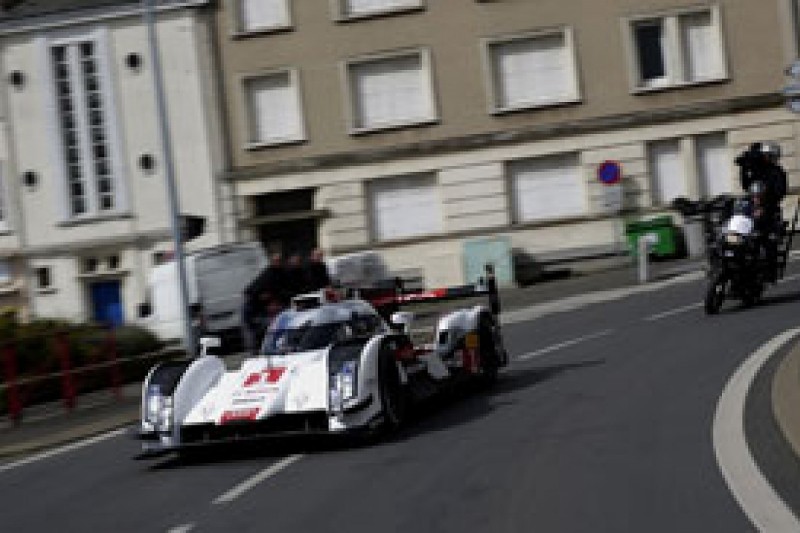 That contrasts with Porsche, which has announced its intention to run in the highest, 8MJ sub-class, and Toyota, which is expected to announce it will run with either 6 or 8MJ when its new TS040 HYBRID is unveiled on Thursday.

Ullrich said that Audi's calculations suggested that it has chosen the best way forward for a turbodiesel-engined LMP1 car.

"From the calculations we have done, we think the combination of the diesel engine and the 2MJ system is a better combination than going into a bigger class and having the problem of not getting the weight where you want it," he explained.

Audi has also finally revealed the capacity of the revised version of its single-turbo V6 powerplant.

It has increased the size of the engine from 3.7 litres, the maximum allowed for turbodiesels under the old regulations, to four litres to improve efficiency.

Nine-time Le Mans winner Tom Kristensen demonstrated the new R18 in its definitive livery on the public streets in the French city on Tuesday.

He drove the car from the Place des Jacobins, the traditional home of Le Mans scrutineering in race week, to the circuit under a police escort.

The announcement that Audi has abandoned, temporarily or otherwise, technology it had announced it would be racing is unusual at the very least. Bizarre is a better word for it.

Audi is, after all, a manufacturer that has hung its hat on the technological innovations it has brought to sportscar racing. Direct-injection in the second year of the R8 programme in 2001 and the R10 TDI, the world's first purpose-built turbodiesel racing car in 2006, are the best examples.

The latest decision illustrates two things: the complexity of the machinery demanded by the new LMP1 rulebook; and Audi's inherent conservatism. Having a reliable package is always right at the top of Audi's list of priorities. 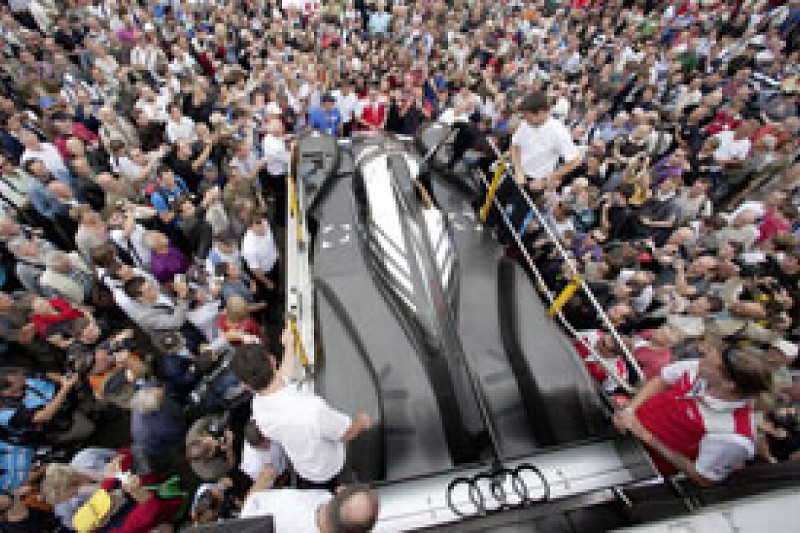 That, however, doesn't fully explain why Audi told the world about its second hybrid system late last year. It was under no obligation to do so at a time when it was withholding other technical details about the new R18.

That means this has to be regarded as a U-turn by Audi and even a set-back in its attempt to retain the WEC crown.

Still, to admit it on a day when your most famous driver is parading a new car through the streets of Le Mans made it a good day to bury bad news.