The first test of new Peugeot Le Mans Hypercar under development for the World Endurance Championship in 2022 has been pushed back to late next year.

The French manufacturer revealed last December that the car conceived to take it back to the Le Mans 24 Hours was scheduled to begin testing in the middle of 2021.

But delays relating to the COVID-19 health crisis have delayed the programme, according to Jean-Marc Finot, motorsport boss of PSA group of brands that incorporates Peugeot.

"I think it will be some months later than we planned," Finot told Autosport at Le Mans on the confirmation of the LMH programme ahead of this year's 24 Hours.

"Because of COVID we have had to postpone it, but it will be before the end of 2021."

Asked if the car could be up and running by the beginning of the autumn, Finot said "for September we will have to fight".

Finot stressed that Peugeot's evaluation of the new LMP2-based LMDh regulations announced in January had not impacted on the timeline of the programme.

"It was not a factor because at Peugeot Sport we have only worked on the LMH architecture," he said.

"In LMDh the work has to be done by the constructor of the car not the manufacturer." 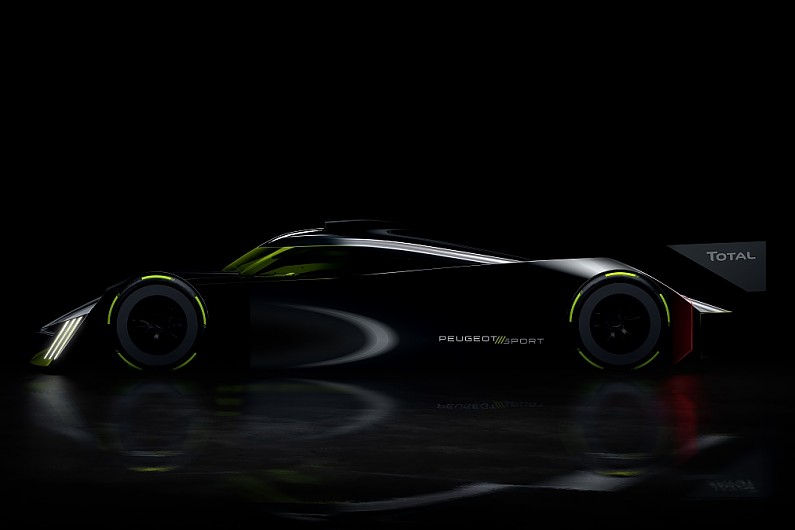 Peugeot has yet to announce at what stage of the season the car will start racing in 2022, only that it will decide when car joins the WEC at the beginning of that calendar year.

Finot explained that the major design decisions on the car have already been made by the design team under technical director Olivier Jansonnie. These include the architecture of the car's internal combustion engine.

He explained that this and further technical details of the car will be released at a later stage.

He also revealed that Peugeot has a supplier in place to build the carbon-composite monocoques for a design that has yet to be given a name.

It has also linked up with Ligier Automotive to help develop the aerodynamics of the car.

Peugeot will begin thinking about drivers for the cars fielded by the in-house Peugeot Sport team after Le Mans this weekend, according to Finot. He also insisted that it will not be essential for Peugeot to have multiple French drivers on its books.

"We know it will be very difficult to fight in the WEC, so we will focus on performance," he said.

"The priority is performance: if they are French good, but we will not choses drivers because of their nationality."