The Project 1 Porsche driven by Ben Keating and Felipe Fraga has been stripped of its GTE Am class pole position for this weekend's Fuji World Endurance Championship round.

Keating and Fraga had taken GTE Am pole by less than a tenth of a second in the #57 Porsche 911 RSR they share with Jeroen Bleekemolen.

The trio will now be forced to start from the back of the grid in Sunday's race after a breach of the technical regulations was uncovered by scrutineers.

A stewards' bulletin stated that the #57 car's "quick door release system is not in compliance with the homologation form", noting that "the fixing screw of the door was missing".

The punishment was the deletion of all lap times set by Keating and Fraga. 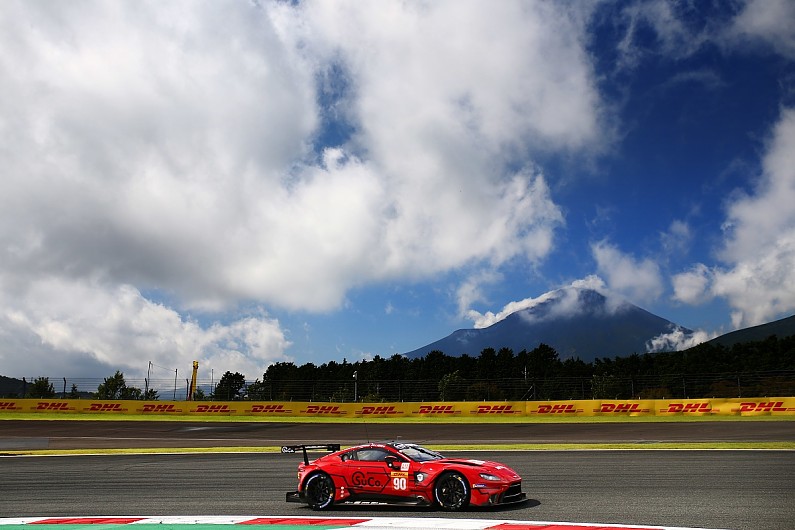 Keating, Fraga and Bleekemolen were forced to start last month's Silverstone opener from the pits after an engine problem preventing them from taking part in qualifying, going to finish a lapped 10th in class.

Earlier this year, they had their GTE Am victory in the Le Mans 24 Hours taken away when Keating's self-entered Ford GT was found to have a non-compliant fuel tank.