G-Drive lost the LMP2 lead to Signatech-Alpine with a problem in the 19th hour of the Le Mans 24 Hours, as the two Toyotas got further apart at the front.

The gap between the two Toyotas went out to more than two minutes during the 19th hour of the Le Mans 24 Hours.

Race leader Mike Conway continued to edge away from the sister Toyota TS050 HYBRID driven by Sebastien Buemi and had almost increased the lead to the two-minute mark before the two cars pitted.

Buemi stopped first before a full course yellow came out just as Conway entered the pits, requiring him to make a so-called emergency stop.

The short stop meant his advantage increased to 2m25s, but he was then due another pitstop for a full fuel load.

The battle for third spot among the LMP1 privateers continued to shift in the favour of SMP Racing.

The fourth-placed Rebellion-Gibson R-13 slowed on circuit and then spent 14 minutes in the garage undergoing repairs.

That allowed the sister car with Andre Lotterer at the wheel to move ahead, but it remained three laps behind the surviving SMP BR Engineering car driven by Stoffel Vandoorne. 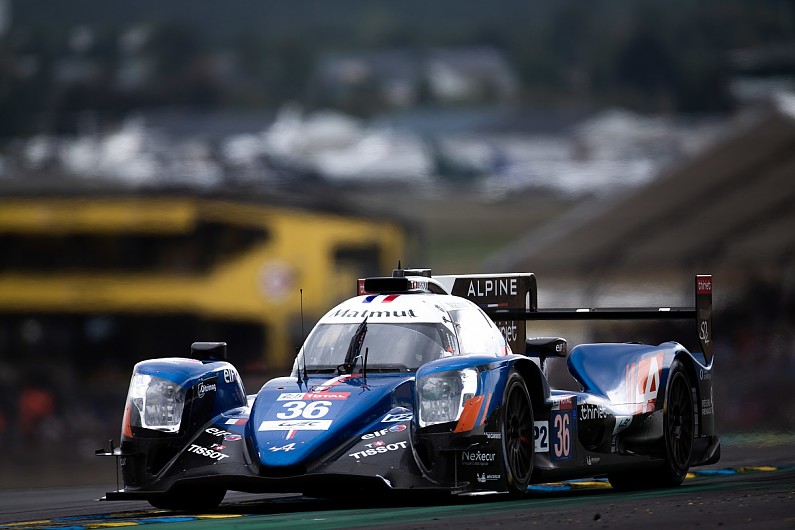 The LMP2 battle took a huge twist when a suspected starter motor problem consigned long-time leader G-Drive to the pits for over 20 minutes.

Roman Rusinov had been managing a lead of over 90 seconds going into the hour, but during a scheduled stop he was unable to fire the car up again.

The time spent repairing the car, which required the removal of bodywork around the engine bay, allowed the Signatech-Alpine of Pierre Thiriet past into the lead.

Signatech had led the early hours of the race and Nicolas Lapierre now carries a decisive lead into the next hour.

G-Drive eventually returned to the track down in seventh in class and tentative early laps - likely down to assessing the repairs - lost it a place before Rusinov ended the hour back in seventh.

The G-Drive drama meant the #38 Jackie Chan DC Racing ORECA-Gibson 07 of Ho-Pin Tung was promoted to second just an hour after its own problems threatened a provisional podium spot.

TDS Racing's Loic Duval is now third in class in the #28 ORECA-Gibson 07 ahead of Phil Hanson's #22 United Autosports Ligier.

The Duqueine Engineering ORECA has climbed to fifth and continued to pick off places when its rivals hit problems.

The hour ended with Will Owen - running last in LMP2 aboard the #32 United Autosports car - heading into the pits after his rear-fin fell off on the run to Indianapolis and caused a brief full-course yellow.

GTE - Corvette in front of Ferrari

Corvette held a small lead over Ferrari in GTE Pro with five hours remaining, with the #63 car of Antonio Garcia and the #51 machine of Alessandro Pier Guidi split by 7.5s.

The diverging strategies of the two leaders meant that, once again, it was the Ferrari that led the way up until pitstops, having been a minute in the clear.

Behind the lead pair, the third and fourth-placed Porsches swapped, with the #91 car of Gianmaria Bruni leapfrogging the #93 of Earl Bamber in the most recent round of stops - but sitting 35s off the lead.

The #68 Ford took over as the best of the four retro-liveried GTs in fifth as Sebastien Bourdais moved clear of Jonathan Bomarito in the #67. 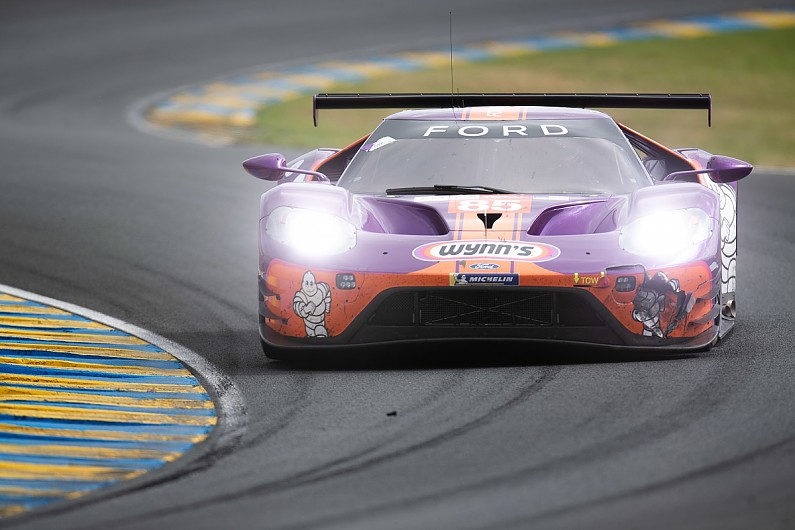 The Keating Motorsports Ford GT remained firmly on course for GTE Am honours, with Felipe Fraga taking over in the #85 machine from Jeroen Bleekemolen in the 19th hour and leading by a little more than three minutes.