Lotterer moves over to Porsche from sister brand Audi following its departure from the prototype arena, while Tandy and Bamber step up from the GT ranks after winning Le Mans last year with Nico Hulkenberg in the Stuttgart manufacturer's third entry.

"I know how special it is for a driver to be with Porsche, especially at Le Mans. It's a great moment in my career.

"First and foremost it's about winning Le Mans and competing for the championship titles."

Three-time Le Mans winner and 2012 WEC title winner Lotterer and Tandy will share the #1 Porsche 919 Hybrid next year with reigning champion Neel Jani, who took the crown and victory at Le Mans with Dumas and Lieb. 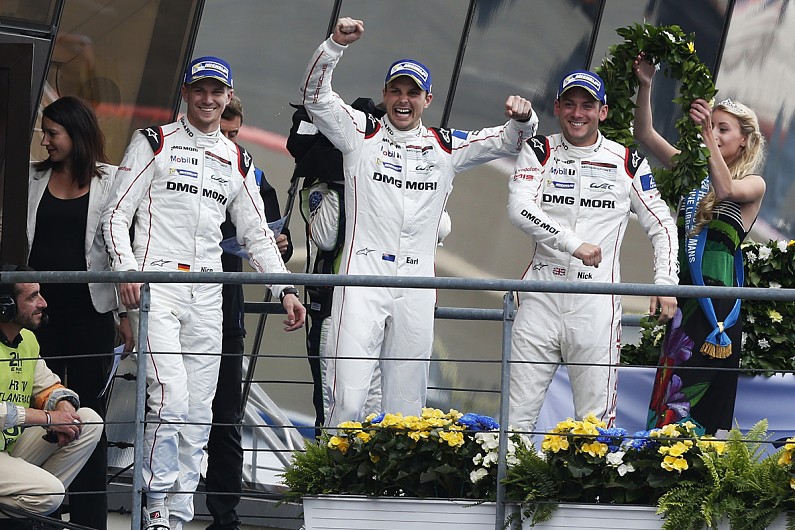 Bamber will take the place of Webber in the sister car alongside fellow New Zealander Brendon Hartley and Timo Bernhard.

Lotterer's move brings to an end a career with the factory Joest Audi P1 squad dating back to 2010 during which he exclusively drove with Marcel Fassler and Benoit Treluyer.

He is understood to have been offered the chance to remain with Audi and race in the DTM, but chose to continue to pursue his career in the WEC.

Tandy and Bamber, who raced in the GT Le Mans class of the IMSA SportsCar Championship in North America this season, were "at the front of the queue" to fill any vacant seats, according to Porsche LMP1 team principal Andreas Seidl.

Dumas is now part of Porsche's GT roster, although his 2017 programme has yet to be announced.

The primary focus for Lieb, who has an engineering degree, will be on a non-driving role within Porsche's customer motorsport department.