Mark Webber got his first taste of Porsche's 2014 World Endurance Championship contender at the Algarve circuit this week.

The outgoing Formula 1 driver hadn't been due to drive the hybrid LMP1 coupe until a test scheduled for Bahrain in January, but Red Bull gave him dispensation to try the car in Portugal even though he remains under contract until the end of December.

Webber, who was announced as a member of Porsche's WEC squad in June, said: "My first day in this fascinating project was an intense experience for me and I would like to thank Red Bull Racing for giving me the chance to join the project so early.

"This is a major and important step for us all. It allows me to integrate with the team quicker and to contribute to further developing the LMP1 race car."

The Algarve test was focused on suspension and tyre testing together with Michelin.

The in-house Porsche team has now completed tests with a solo car at Lausitz, Magny-Cours, Monza and Paul Ricard following a shakedown at its Weissach test facility in June.

Enzinger explained that "significant progress" had been made over the course of the testing. 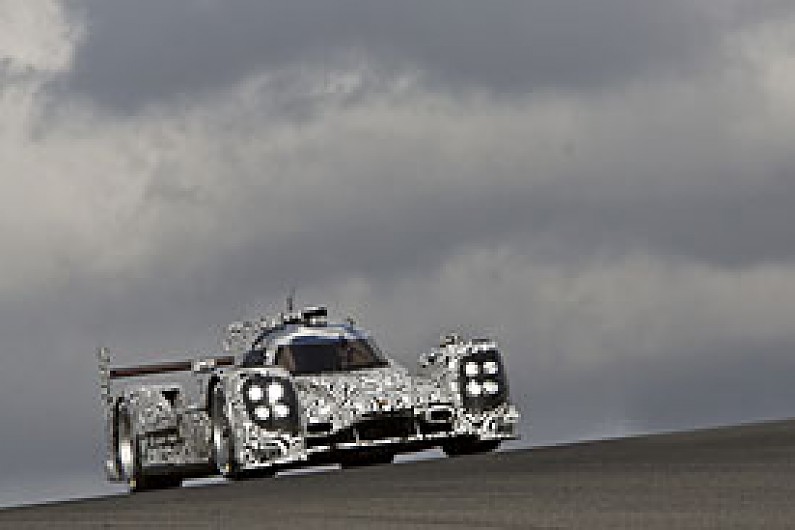 "Every single kilometre has been important, providing us with new data that brought development forward," he said.

"Our efforts will continue unabated in 2014 - until the start of the season at Silverstone mid-April there is still a lot to do."

Webber is one of four confirmed drivers for the two-car, six-driver Porsche LMP1 campaign alongside Timo Bernhard, Romain Dumas and Neel Jani.

The two remaining drivers are expected to be announced at this weekend's Porsche Night of Champions prize giving.

Marc Lieb, a stalwart Porsche GT driver, and former Red Bull junior Brendon Hartley have both tested the LMP1 with a view to filling the vacant seats.