Loic Duval and Allan McNish claimed pole position for Audi at the Austin round of the World Endurance Championship.

Duval and McNish set a four-lap average of 1m48.355s at the wheel of the #2 Audi R18 e-tron quattro to take pole from team-mates Marcel Fassler and Andre Lotterer by just under three tenths of a second.

The Frenchman revealed that he had made a mistake at the beginning of his first flying lap and missed the apex at Turn 1. He followed that lap in the 1m48s bracket with the only two 1m47s laps of the 25-minute session.

Lotterer said: "I was happy with my laps, but Marcel struggled a little bit to put it together. I closed the gap a little bit to Allan, but Loic had already put in two pretty good laps."

Toyota's solo TS030 HYBRID ended up third fastest, a further second behind the #1 Audi, in the hands of Stephane Sarrazin and Sebastien Buemi.

Sarrazin reckoned the gap would have been smaller had he not been hit up the rear and spun around at Turn 1 by Jan Charouz in one of the Lotus-Praga T128s on his second flying lap.

"I was going to do four laps, so I lost two laps," he explained. "We would have been closer, but we would still have been third."

Their average put them almost exactly one second ahead of the second-place OAK Racing Morgan-Nissan LMP2 shared by Olivier Pla and Alex Brundle. 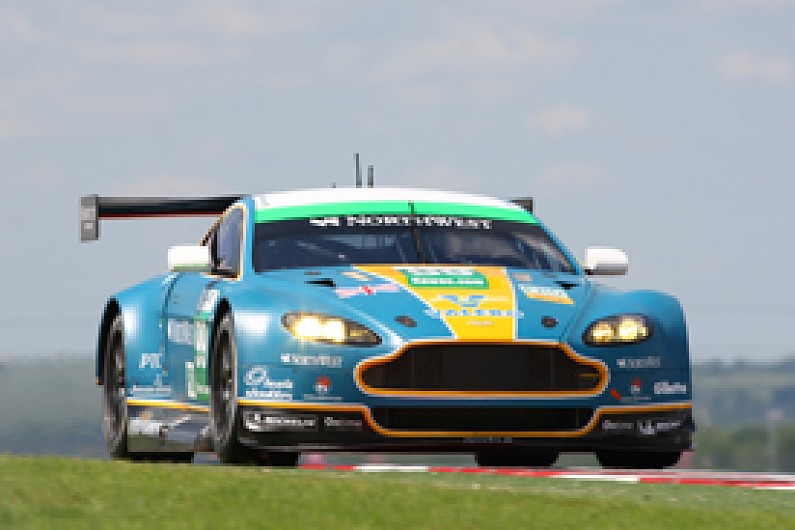 Frederic Makowiecki and Bruno Senna took pole in GTE Pro for Aston Martin Racing despite a slow puncture in the left front tyre of the Vantage GTE.

Senna came out on top in a battle with team-mate Richie Stanaway, who set the quickest GTE time of the session in the car he shared in qualifying with Pedro Lamy.

Patrick Pilet improved on his final lap in the best of the factory Porsche 911 RSRs to take second position together with Jorg Bergmeister.

GTE Am honours went to Matteo Malucelli and Rui Aguas in the 8Star Motorsports Ferrari 458 Italia. Aguas improved on his fourth lap to leapfrog the car ahead of the AMR Aston shared by Nicki Thiim and Christoffer Nygaard by just one hundredth of a second.