The French OAK Racing team is aiming to downscale its LMP2 campaign in the World Endurance Championship next year on the arrival of its all-new LMP1 contender.

Team boss Jacques Nicolet revealed that he wants Morgan, whose badges OAK's chassis carry in P2, to be represented by customer teams in the WEC after its one-two at the Le Mans 24 Hours in June.

"After our success at Le Mans, we are having a lot of discussions with teams about running the Morgan LMP2 and the aim is to find a team capable of winning," he told AUTOSPORT.

"We wouldn't want to be competing against teams that have bought our car, though we maybe could continue with a car for gentlemen drivers."

Nicolet explained that he wants the OAK works team to focus on his organisation's new LMP1 design in 2014.

"The plan for OAK next year is to run the LMP1, but a lot of things need to come together to achieve that," he said. "That is our objective, but we are not there yet."

Construction of the first of OAK's new P1 chassis began in July and the team is aiming to have the car up and running by the start of next year.

The chassis had been designed to take a variety of powertrains that might be specified by a customer, but Nicolet would not reveal which powerplant he favours for the works cars.

Potential options include the Honda Performance Development V6, based on is IndyCar turbo engine, and the large-capacity Judd V8 under development at Engine Developments.

Nicolet said he was still seeking a tie-up with a car maker for the P1 project.

"The dream is to find a manufacturer who wants to enter the WEC and Le Mans," he said. "We want a relationship like Joest has with Audi." 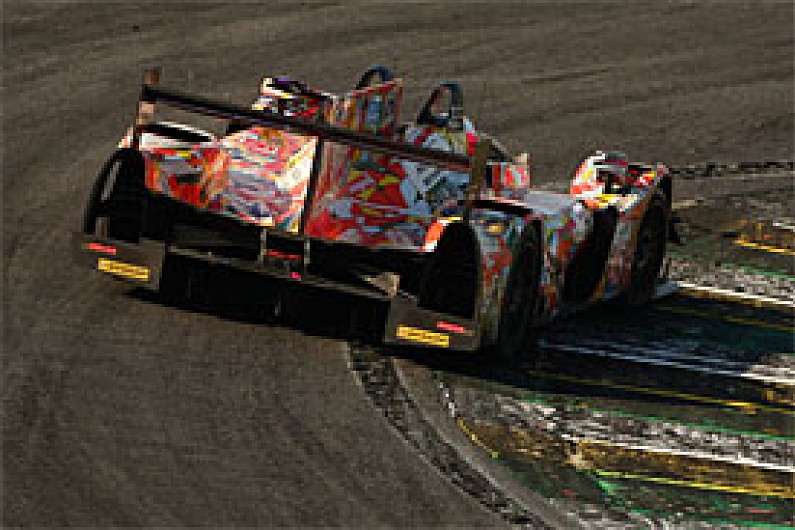 OAK is looking for potential manufacturer backing in the Far East, where it is fielding a works-run car in the new Asian Le Mans Series.

Its entry at the second round of the Asian LMS at Fuji on September 22 has been boosted by the addition of Congfu 'Frankie' Cheng to its driver line-up.

Cheng lines up in the team's Morgan-Nissan alongside David Cheng and Jeffrey Lee in place of of fellow Chinese driver Ho Pin Tung, who is racing in the Porsche Carrera Cup Asia event on the support bill at the Singapore Grand Prix.

The deal marks a return of Cheng to Jacques Nicolet's squad: he became the first Chinese driver to contest the Le Mans 24 Hours in 2008 when the team was known as Saulnier Racing.