Potolicchio set up 8Star for 2013 to mount twin assaults on the GTE Am class of the WEC, in conjunction with the AF Corse Ferrari team, and the Grand-Am Daytona Prototype class in the US after winning the P2 class in last year's WEC with a programme run under the Starworks banner (pictured).

He now wants to return to LMP2 in the WEC as part of plan that will also involve 8Star running one P2 and one upgraded DP in the prototype class of the 2014 United SportsCar Racing series, which is being created out of the merger of Grand-Am and the American Le Mans Series.

"We will definitely do the WEC again, hopefully in P2 again," said the 45-year-old, who is driving in both the WEC and Grand-Am this season. "We would do it with our own team structure and have a base in the UK."

Potolicchio revealed that the chassis options under consideration were the Morgan LMP2 and ORECA 03 and that he would not renew his relationship with Honda Performance Development, whose chassis and engine he raced in 2012.

USCR DRIVERS TO SWAP BETWEEN P2 AND DP

The plan to run one P2 and at least one of its Corvette-bodied Coyote-Chevrolet DPs in the USRC next year is based on 8Star's belief that different circuits will favour the different cars over the course of the season.

"The main driver line-up will switch from one car to the other according to the circuit," Potolicchio said. "That's what we want to do. It will be an expensive programme, so we hope the sponsors will buy into it." 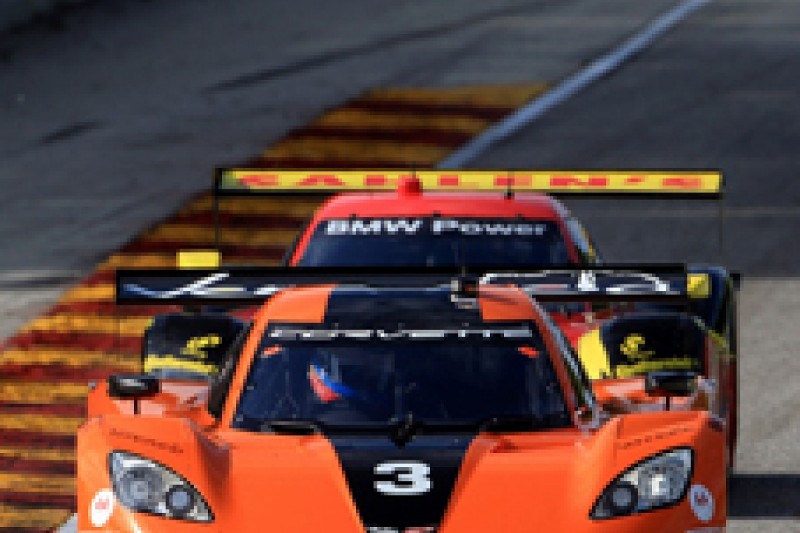 Potolicchio believes there will be nothing in the regulations preventing drivers from swapping between cars and still accruing points. He conceded that that is unlikely to be the case in the teams' championship.

The final rules for the USCR Prototype class, which encompasses P2s, DPs and DeltaWings, have yet to be announced.

Scott Elkins, American Le Mans Series chief operating officer and Grand-Am's boss of technical regulations and development, explained that it was important that the rules were right before publication.

"We are trying to spend as much time as we can to go through every part of the process and evaluate it time and time again, so that the decisions we end up with are the best decisions we can possibly take," he said.

Further on-track testing of P2 and DP machinery is likely to take place this month as part of that process.

OAK Racing set to downscale LMP2 campaign in WEC in 2014