Renault has not ruled out supplying its 2014 Formula 1 engine to customer LMP1 teams under the Alpine banner in the future.

Renault chief operating officer Carlos Tavares has revealed that he is open to the idea of the new 1.6-litre turbocharged V6 becoming the basis of a sportscar engine once it has been proven in F1.

At the same time, he stressed that Renault-owned sportscar manufacturer, which has made a low-key return to racing with a branding deal in the LMP2 prototype class this year, would not mount a factory P1 effort in an attempt to follow up on its 1978 Le Mans 24 Hours victory.

"We will certainly not build an LMP1; it is not consistent with the spirit of Alpine," he said. "Alpine has always been about David versus Goliath.

"The only thing we will study in LMP1 is supplying a derivative of our Renault F1 engine to teams. With the restrictions in F1, engines will be doing 5000km [between rebuilds], which is getting very close to the mileage you need to do Le Mans."

Tavares revealed that he had already been approached about the use of the Renault F1 engine in sportscar racing.

"For sure, some people have come to see me about this because they know I am a motorsport fan," he continued.

"We will look at it once we have demonstrated we have a competitive F1 engine in 2014/15. I don't envisage anything happening with this engine in endurance racing before 2016."

That would coincide with a more strategic approach by Alpine to its motorsport comeback in the year that its new road-going sportscar, jointly developed with Caterham, is due to go on sale.

"If the sportscar is a success after 2016, you will see a switch from an opportunistic approach to a more strategic one," explained Tavares. 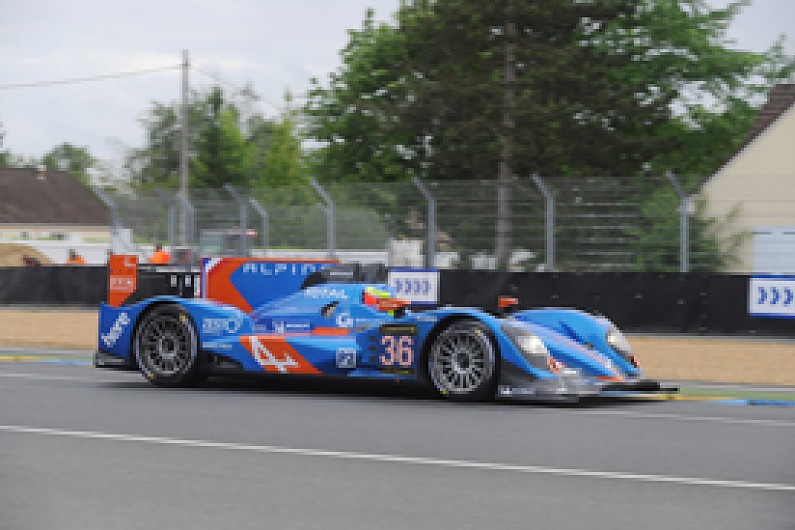 Alpine is this year backing the Signatech LMP2 team, which finished ninth in class in last weekend's Le Mans 24 Hours with an ORECA-Nissan 03 and is also racing in the European Le Mans Series.

Caterham went head to head with its joint-venture partner at Le Mans and is likely to continue to do so in the ELMS courtesy with its own branding deal with the Greaves Zytek squad.

Tavares said that there was no conflict here and explained that the two marques would be free to race against each other with their forthcoming sportscars in the GT arena.

"The joint venture company will be focused on engineering and manufacturing and will sell the cars to the mother companies to distribute," he explained.

"If Alpine and Caterham both want to promote their car in the same arena, that doesn't bother me. There will be significant differences between the two cars."