The driver selection process to set the grid for the second W Series season in 2020 will get underway in September, with inaugural champion Jamie Chadwick guaranteed a return.

The top 12 finishers from the 2019 championship - including Chadwick and Brands Hatch race winner Alice Powell - have all earned the option of a guaranteed return to the series for its second year, where superlicence points will be on offer.

Those 12 drivers will not be required to attend the private Almeria test, but a handful might be invited in order to set comparative lap times for hopeful applicants.

The test will take place using the W Series Tatuus T-318 Formula 3 car, whereas the first phase of this year's test was held in roadcars. 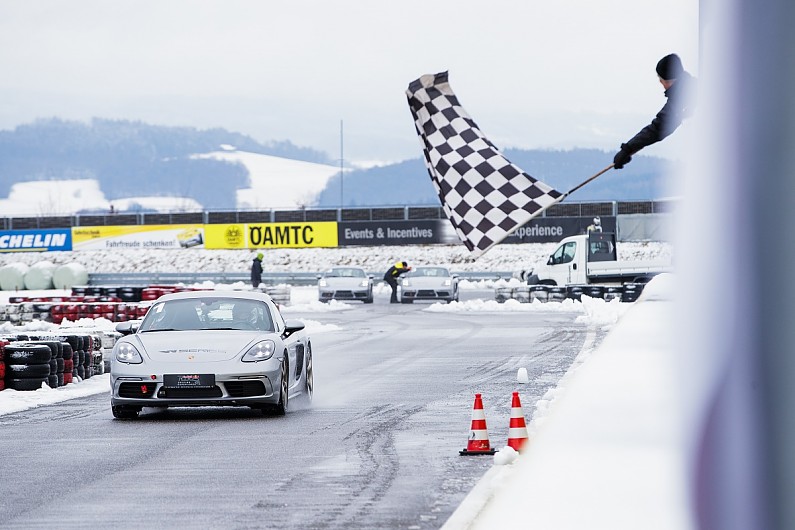 From the 2019 field, Caitlin Wood, Gosia Rdest, Esmee Hawkey, Naomi Schiff, Shea Holbrook, Megan Gilkes, Vivien Keszthelyi and Sarah Bovy all missed out on a spot in the top 12

They will not take part in the Almeria test and their futures in the series will depend on the performance of the new applicants.

Any female driver possessing an FIA International C racing licence is still invited to apply for the 2020 process.

"Prior to the 2019 W Series season, we tested all our drivers at Almeria in W Series race cars - Tatuus T-318 Formula 3 cars - and we plan to put our new applicants through exactly the same process," said W Series racing director Dave Ryan.

"We'll have one or two drivers from the pool of 12 who are already guaranteed a 2020 W Series drive on hand too, to post comparative lap-times, the better to enable us to understand the ability and speed of our aspiring newcomers.

"To be clear, the eight drivers who finished outside the top 12 in the 2019 W Series championship are not ineligible for our 2020 season; they're merely not guaranteed to take part in it.

"Inevitably they're now on tenterhooks, eager to race with us again next season, but whether they do or not will to a great extent depend on the quality of the newcomers we test at Almeria in a month's time."