W Series reserve driver Abbi Pulling will race in the double-header in Austin, taking the second PUMA seat for her third and fourth appearances of the season.

The 18-year-old Briton previously finished eighth on her debut at Silverstone in July and seventh at Zandvoort in September.

She will rejoin the series for the last two races at the Circuit of the Americas on 23-24 October alongside the US Grand Prix.

W Series had been set to race at both COTA and in Mexico, but logistical challenges forced a move to its first double-header instead.

Pulling said: “I’ve improved in every W Series race I’ve competed in so far and the aim is to maintain that run.

"If I do that, I think I can finish in the top 10 in the championship standings. I’m nine points off it with two races to go so it will be hard, but I love a challenge and if I can do it I’ll feel like I’ve won the championship.

“I’m over the moon with how involved I’ve been with W Series this year. I never expected to do one race let alone half the season, so it’s been a whirlwind and a great learning curve for me.

"I’ve driven three new tracks and that hopefully sets me up well for the future with the experience and knowledge that I’ve gathered.

"It’s real pinch yourself stuff to think that I’ll have done four races in support of Formula 1, but I’ve worked hard for the opportunity, and I’m pleased that my hard work has been recognised.

"I’m enjoying my time with W Series so much and I just want to make the most of everything that comes my way.”

Pulling was previously forced to withdraw from British F4 due to a lack of budget, a move she called “disappointing.” 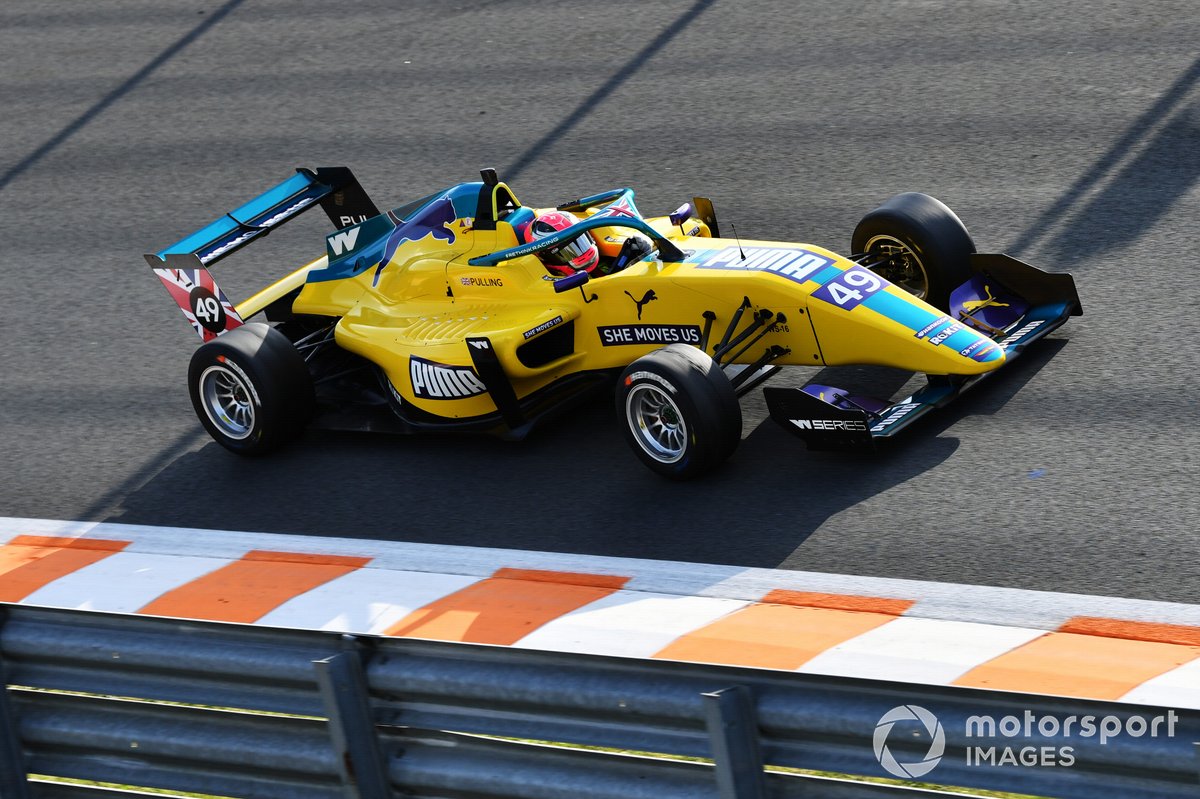 She said: “It was a disappointing end to my British F4 campaign, but one door closes and another one opens and I’m excited to be back in the W Series car again.

"I’ve been working hard to prepare for the Circuit of the Americas and, without having to focus on F4 too, I’ve had more time to refine my work and put all my energy into W Series.

“The previous round at Zandvoort was hard to prepare properly for because the week before I was at Thruxton with British F4.

"It’s been nice to have time to go into more detail which I like to do and that will only help me at COTA.

"My physical training has ramped up and I’ve been spending time on the simulator to ensure I understand the circuit and the car on the technical side.

“I’ve never been to COTA before and barely even knew which way the track went until I drove it on the simulator.

"But I feel like I know it now and I like it a lot. Apart from the elevation changes, it’s not too dissimilar to Silverstone where I made my W Series debut in July this year.

“The sweeping, high-speed left-right-left-right combination of corners in the first sector feels like Maggots and Becketts, and it’s quite a technical track.

"One of my favourites in the UK is Oulton Park as I love tracks that challenge you and COTA will certainly do that. Not many people have driven at COTA, so to be able to say that I have on a Formula 1 weekend is something special.”

Alice Powell and Jamie Chadwick are tied on 109 points heading into the last two races of the season on three and two wins respectively.

Emma Kimilainen is 34 points behind the leading pair in third place.