The top eight W Series drivers at the end of this season will qualify automatically for the 2022 season, the championship has confirmed.

All 18 drivers on the grid will have the chance to guarantee their seat for next year in the last round at Circuit of the Americas, with just 22 points separating the eighth and last-placed drivers in the championship standings.

Previously, only W Series Academy members Nerea Marti and Irina Sidorkova had been guaranteed drives until the end of the 2022 season, with their seats secure irrespective of their finishing positions this year.

Level on 109 points, title rivals Alice Powell and Jamie Chadwick have already given themselves the option of returning to W Series next year.

But if they choose to defend their title, they will be ineligible for FIA Super Licence points in 2022.

Despite competing in just two rounds so far this season, reserve driver Abbi Pulling could qualify automatically for next year when she races at COTA.

She is 12 points behind eighth-placed driver Belen Garcia, having finished eighth on her debut at Silverstone in July and seventh at Zandvoort last month.

CEO Catherine Bond Muir said: "I am delighted to announce that our top eight drivers this year will be guaranteed a W Series drive in 2022.

"At the end of our inaugural season in 2019, 12 drivers earned the right to return to W Series for season two when we vowed to return bigger and better.

“This year's reduced number of automatic qualifiers is further proof that we have done just that.

"Our landmark partnership with Formula 1 has resulted in increased interest in the series around the world and a larger pool of talented female racing drivers from which to choose from in season three. 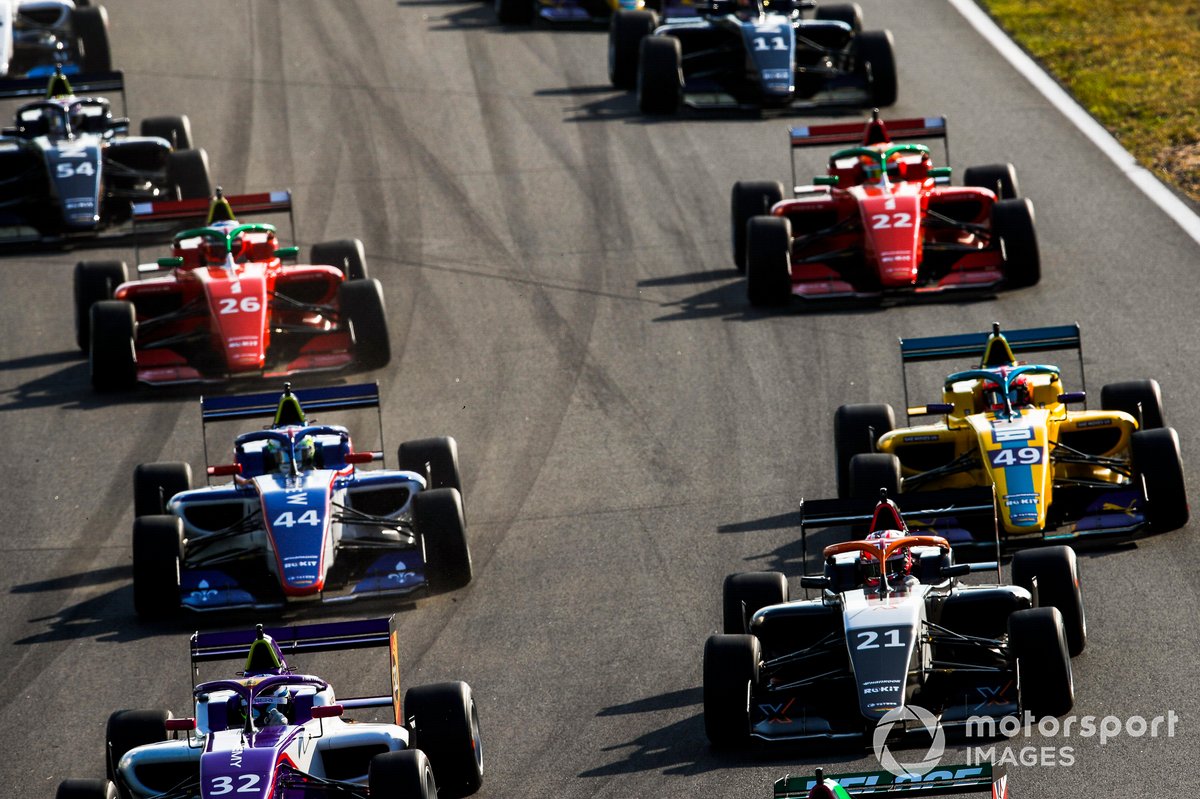 "With Alice [Powell] and Jamie [Chadwick] level on points at the top of the standings going into the final round, we were already guaranteed a grandstand finish to our season at the Circuit of the Americas.

“Today's news ensures the drama will be compelling throughout the field as every driver on the grid looks to seize this final opportunity to shine on motor racing's biggest stage and ensure they don't miss out on what promises to be another great W Series season next year."

W Series returns for its season finale double-header in Austin from 22-24 October. It is the first time the series has hosted two races in one weekend.

It had originally been due to conclude the 2021 season in Mexico, but moved the final race forward to support the US Grand Prix because of logistical challenges.