The pair, who have shared the victories so far this season, were separated by less than three-tenths, with the Veloce Racing driver taking the top spot with a 1m42.735s.

Powell, who won last time out at Silverstone for Racing X and leads the championship standings, finished qualifying with a 1m43.009s.

Chadwick, the reigning champion, led in practice this morning and last took pole in the second round in Austria.

The two Brits are separated by just six points in the drivers standings, with Powell having won two races to Chadwick’s one.

Chadwick was ahead after every driver had set a flying lap, with a time of 1m43.864s, followed by Sidorkova and Visser, with Jess Hawkins (Racing X) in fourth.

Visser briefly went quicker, but Chadwick hit back with a 1m43.773s, seven-tenths quicker, before improving even further to a 1m43.401s. 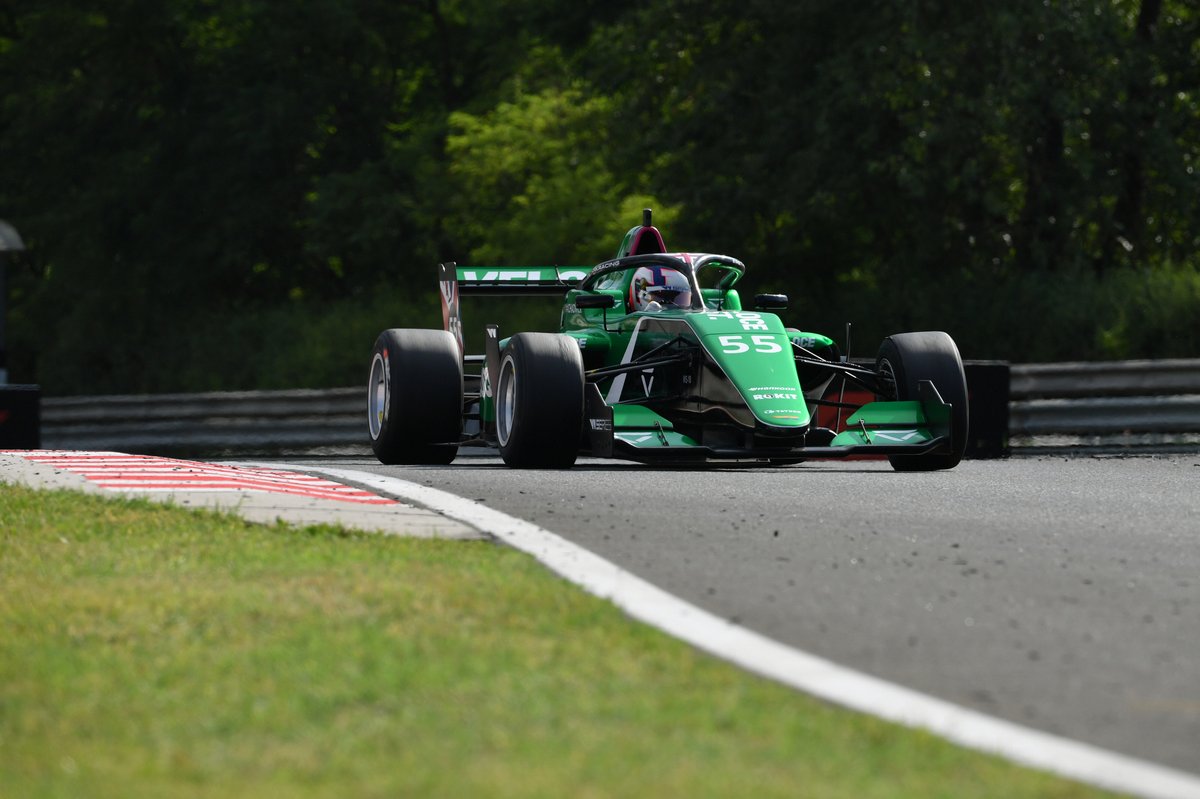 Sidorkova had been setting purple sectors on her ninth lap, but ran wide at Turn 11 while carrying too much speed into the corner.

Jess Hawkins had been running in eighth, but with seven minutes to go, went to P5 with a 1m43.908s.

As the times tumbled, Marti briefly went quickest with a 1m43.328s, but the top spot was quickly snatched back by Chadwick, who set the first 36s split in the middle sector to reclaim pole by almost six-tenths.

Tomaselli and Eaton both had times deleted after exceeding track limits, while Marta Garcia also went deep into Turn 4.