Isle of Man TT legend John McGuinness has put retirement rumours to bed as Honda has confirmed him in its road racing line-up for 2023.

The 50-year-old made his 100th TT start last year in the opening Superbike race of the event and rode to a fighting fifth with Honda.

He had re-joined the team in 2022 after an acrimonious split, which followed an accident at the 2017 North West 200 in which he badly broke his leg.

Coming into the TT, McGuinness had already admitted in the months prior that it could be his last – but was non-committal on this throughout the 2022 event.

Honda has now confirmed McGuinness will return to the squad for the 2023 TT and North West 200, and will be joined by Nathan Harrison.

McGuinness says he’s “hungry for more” and wanted to continue riding for Honda after his “special” runs on the Fireblade last year.

“Riding a Fireblade again at the TT last year was something special so it only felt right to continue for another year,” McGuinness said.

“I couldn't feel more at home with the Honda team so I need to say a massive thank you to Harv [Beltran] and Neil [Fletcher] .

“Celebrating 100 TT starts with the team and riding with that one-off livery and all of the history that we have was really something else.

“We also managed to crack the top 5 last year on the superbike, which was great, but I'm hungry for more.

“I just want to get started now and go racing again.” 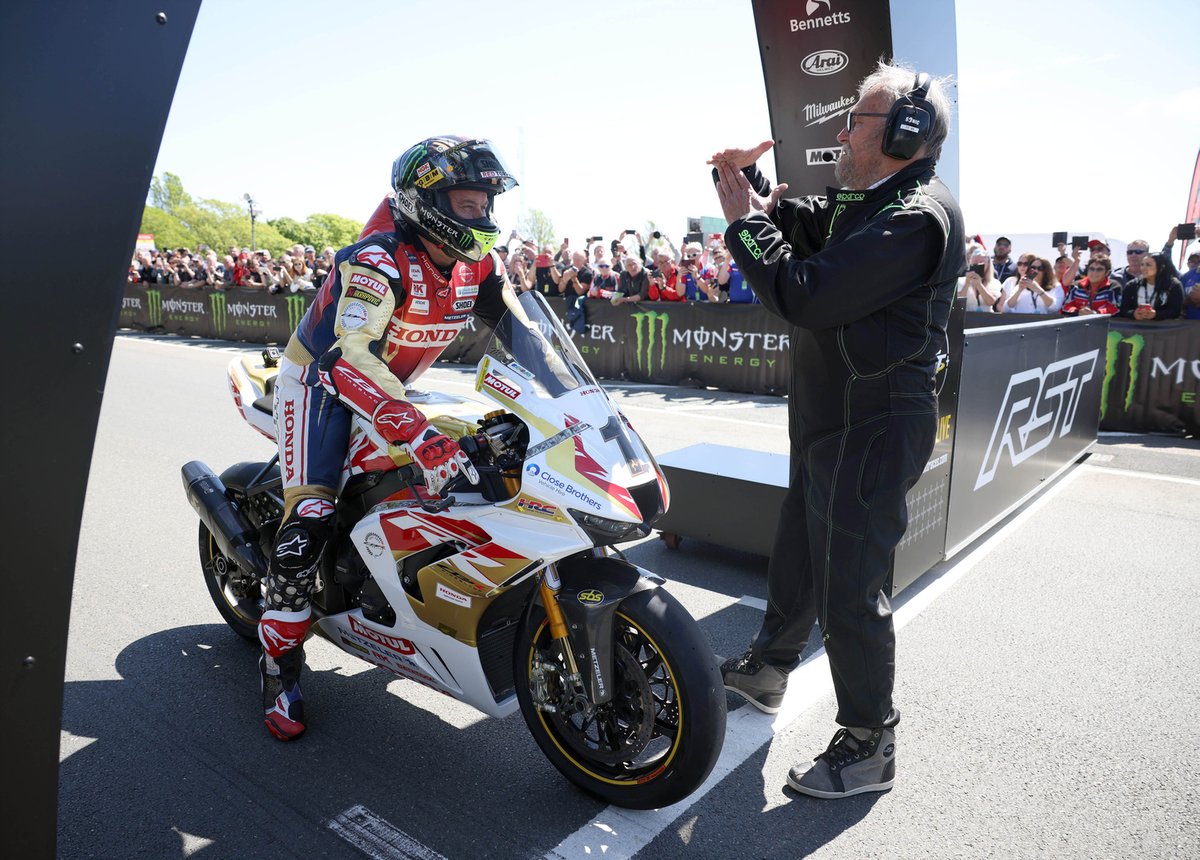 Team boss Beltran added: “I’m extremely pleased that we have been able to retain John’s services for another year of racing on the roads at the NW200 and TT where we have such a strong history at both events.

“Welcoming him back into the fold in 2022 was fantastic and to witness John celebrating 100 TT starts and be a part of that history was brilliant for everyone involved.

“Continuing that relationship for another season and building on last year shows Honda’s commitment to international Road Racing.

“It also gives me great pleasure to welcome Nathan to the team. He had a remarkable breakthrough year in 2022 and has impressed me with the attitude that he has toward his racing.

“It will be great for him to learn from John and utilise all of his experience and expertise to build step by step. I’m excited to see what we can all achieve together in 2023.”