Formula 1 boss Chase Carey says new teams must not be forced to enter as "second-class citizens", which will be helped by certain financial restrictions being removed from 2021

At present, F1's system for distributing prize money includes an equal payment to all teams that finish in the top 10 in the constructors' championship for two of the previous three seasons.

That meant F1's most recent new entry, Haas, had to wait until last year to receive the so-called Column 1 payment, despite being on the grid in 2016 and scoring points immediately.

F1's payment system will be tweaked for 2021 and while the equally-distributed participation pot will remain, the rule that excluded new teams from this for three years will not.

"If you come in, you should be part of the part of the sport, and not a second class citizen," F1 CEO Carey said.

"To come in as a second class citizen, I think that's a deterrent.

"Once they commit to come in, [it is to] buy into a good business not just a great sport.

"If I'm coming in, if I wasn't committing as a first class citizen, as a part of the club, then it's a deterrent."

While there are known to be parties interested in entering F1 from 2021 as part of the wide-ranging new rules that will be interested, F1 and the FIA have poured cold water on prospective new entries that have made their intentions public.

This is because they have not been considered serious enough propositions.

However, Carey said that one of F1's key priorities is making owning a team a "better business", which in turn would help more realistic candidates emerge.

"Most of the people I've had preliminary conversations with want to see rules in place that provide the framework for a healthier business model," said Carey.

"A fair level, or what they consider a fair level, of prize money distribution, and some disciplines and the cost that again make it more about how well you spend your money, not how much you spend.

"We want owning a team, like in other sports, to have franchise value.

"How do we make owning a team something that is a good business proposition and not just a pursuit of passion?" 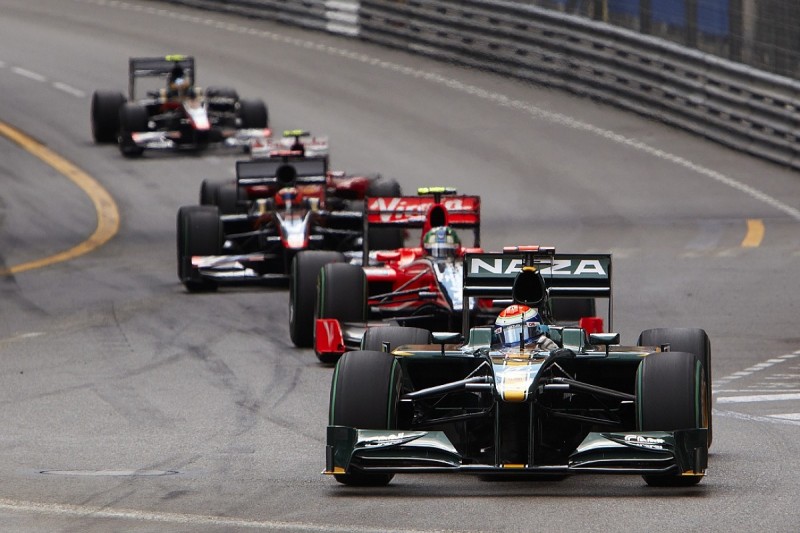 In support of this is the introduction of a cost cap of $175m, the likes of which tempted three new entrants to F1 in 2010 but was scrapped before they started.

That played a significant role in the three teams - Lotus, Virgin and HRT - being extremely uncompetitive, with all three failing to score points over their first three seasons.

All three succumbed to financial problems and left the grid within six years, with only Marussia (the new identity of Virgin) ever scoring points thanks to Jules Bianchi's ninth-place finish in Monaco in 2014.

Carey said F1's priority is "quality more than quantity" and does not want teams to join just to struggle at the back, with governing body the FIA keen to see two more teams added.

FIA president Jean Todt said: "I do sympathise with the [existing] teams because if we've got 12 teams of course it takes some value off.

"We've had some interesting proposals to commit, we often have teams willing to commit and we have never really been convinced about the solidity of the teams.

"But if we could be convinced that it's really a proper team willing to join, I would be quite happy to have 12 teams in F1.

"But with 10 teams, it can work. If you have 10 good teams competitive it can work very well."

Why Ferrari will test two F1 cars in February