The Kondo Racing Nissan team scored a surprise first Super GT pole position in five years for this weekend's penultimate round of the season at Autopolis.

Daiki Sasaki beat the lap record at the Kyushu venue with a scintillating laptime of 1m31.679s in the closing stages of the Q2 pole shootout on Saturday afternoon at the wheel of the #24 Nissan Z he shares with Kohei Hirate.

That was enough to beat the #100 Team Kunimitsu Honda of Tadasuke Makino by a margin of 0.188 seconds.

It marks Kondo's first GT500 pole position since the 2017 Suzuka round, as the team chases a first win since 2016, and tyre supplier Yokohama's fifth pole out of seven races so far in 2022.

Behind Makino's Bridgestone-shod Honda, Yokohama's other car, the #19 Racing Project Bandoh Toyota was third in the hands of Yuji Kunimoto, who missed out on a record-equalling fifth pole by 0.376s.

The Real Racing Honda team recovered from an off for Nobuharu Matsushita in the morning's practice session to bank fourth on the grid courtesy of Koudai Tsukakoshi, followed by the Rookie Racing Toyota of Kenta Yamashita.

Completing the Q2 order were two more Hondas, the #8 ARTA car of Nirei Fukuzumi and the #64 Nakajima Racing machine of Takuya Izawa, and the #36 TOM'S Toyota of Giuliano Alesi, which will drop to 12th place owing to Alesi's four-place grid drop.

The top four cars in the championship all dropped out of qualifying in the opening segment, including the three Nissans that occupy the top three places in the standings.

NISMO's flagship #23 car, driven in Q1 by Ronnie Quintarelli, will start eighth following Alesi's penalty, ahead of the #12 Impul Z in ninth, while the points-leading #3 NDDP Racing car could manage no better than 13th in the hands of Mitsunori Takaboshi.

Starting at the back of the GT500 field will be the #37 TOM'S Supra following a lurid spin for Sacha Fenestraz exiting the final corner in Q1. 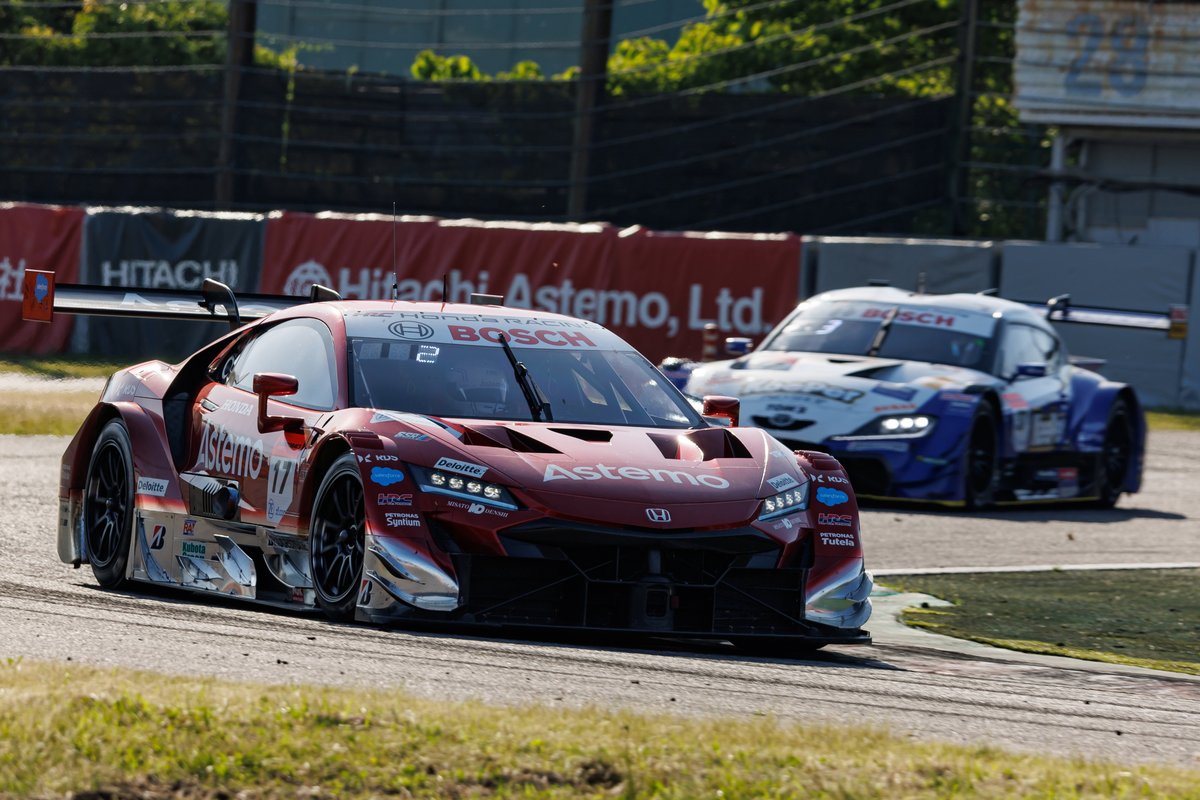 Subaru made it four poles out of seven races as Hideki Yamauchi once again proved the man to beat at the wheel of the works BRZ he shares with Takuto Iguchi.

Yamachi's laptime of 1m42.796s put him 0.116s clear of the Saitama Toyopet Toyota GR Supra of Hiroki Yoshida, yielding a crucial bonus point for pole as the championship enters its final stages.

The Sugo race-winning Inging Toyota GR86 of Yuui Tsutsumi was third-fastest ahead of the best of the FIA GT3 cars, the #88 JLOC Lamborghini Huracan GT3 Evo, and the LEON Racing Mercedes-AMG GT3.

Championship leaders Kiyoto Fujinami and Joao Paulo de Oliveira will start eighth in their Kondo Racing Nissan GT-R NISMO GT3, four places ahead of the #10 Gainer Nissan that represents their closest threat in the championship.

With Gainer regular Ryuichiro Tomita away on GT World Challenge Europe duty, Riki Okusa is joined in the #10 machine by Yusuke Shiotsu, who has yet to participate in a race despite being the team's registered third driver.

The other Gainer car, the #11 of Hironobu Yasuda and Keishi Ishikawa, was knocked out in Q1 and will start down in 24th place, and is now only half a point clear of the Subaru in the fight for third in the standings.