Honda's boosts its Super GT title hopes with a 1-2 in the penultimate round at Autopolis, as Real Racing duo Koudai Tsukakoshi and Nobuharu Matsushita took a first win of 2022.

The #17 Astemo NSX-GT, sporting a plain carbon bonnet after a practice off for Matsushita on Saturday morning, led home the #100 Team Kunimitsu car of Naoki Yamamoto and Tadasuke Makino by a margin of 13 seconds after a gruelling 65-lap race on Sunday afternoon.

Completing the podium was the #24 Kondo Racing Nissan Z shared by Daiki Sasaki and Kohei Hirate that started on pole position.

A seventh-place finish for NDDP Nissan pairing Katsumasa Chiyo and Mitsunori Takaboshi means they maintain the points advantage heading into next month's Motegi season finale, with a buffer of 2.5 points over Impul Nissan pairing Bertrand Baguette and Kazuki Hiramine, who finished sixth.

Tsukakoshi and Matsushita head to Motegi with a four-point deficit to the leaders, having jumped to third overall. 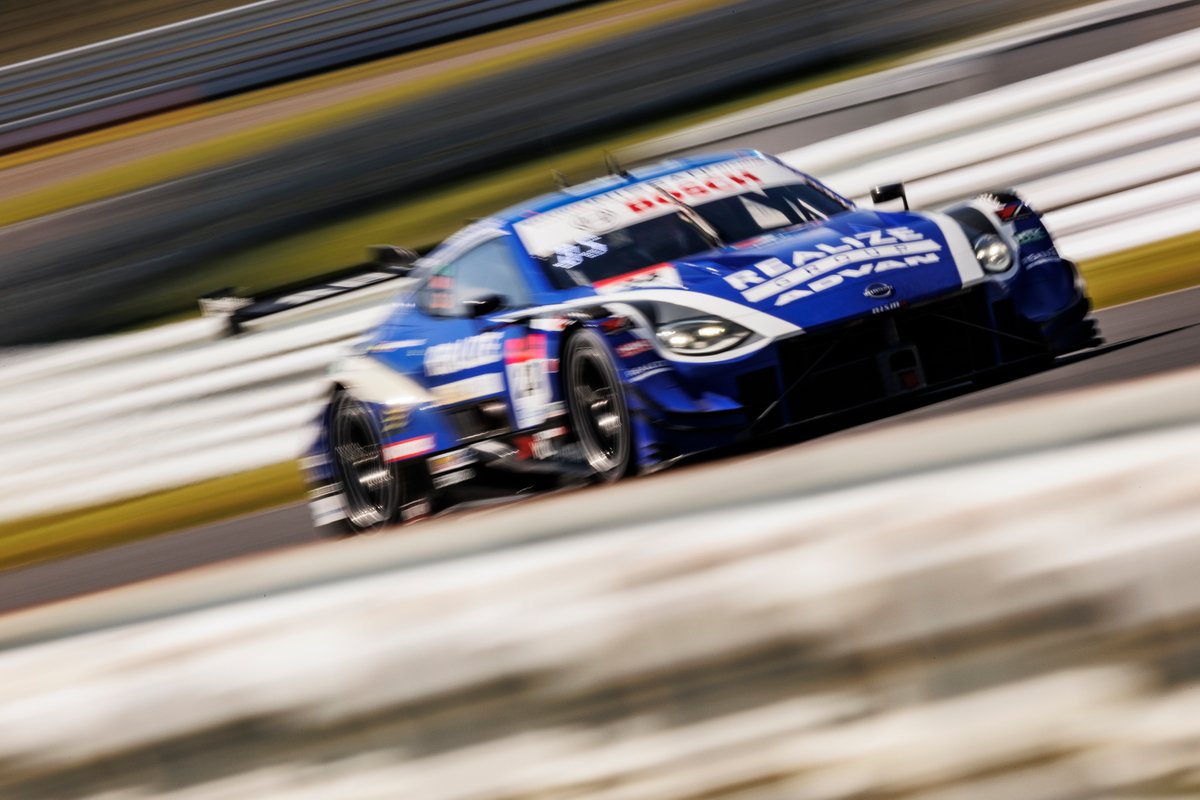 Despite a difficult race in GT500, Toyota could celebrate another win in the GT300 class as Saitama Toyopet pair Hiroki Yoshida and Kohta Kawaai bagged a first win since the 2020 season-closer.

Kawaai spent the opening part of the race engaged in a fierce battle with the polesitter Subaru BRZ started by Takuto Iguchi, as the two JAF GT300-rules cars sprinted away from the rest of the pack.

But once Kawaai had cleared Iguchi on-track in the opening stint, there was no stopping the #52 GR Supra, as Yoshida took over at the pitstop phase and kept his opposite number in the Subaru, Hideki Yamauchi, at bay all the way until the chequered flag.

Completing the podium was the LEON Racing Mercedes-AMG GT3 of Naoya Gamou and Takuro Shinohara, who leapfrogged the #88 JLOC Lamborghini Huracan GT3 Evo of Takashi Kogure and Yuya Motojima in the pitstop phase.

The #10 Gainer Nissan, which had been second overall coming to Autopolis, finished seventh to keep Riki Okusa - joined this weekend by Yusuke Shiotsu in the absence of Ryuichiro Tomita - within six points of the Kondo pair.

Three more crews remain in the title hunt mathematically: Saitama Toyopet, LEON Racing and the #11 Gainer car of Hironobu Yasuda and Keishi Ishikawa, who toiled to a 14th-place finish.