Reigning Supercars teams' champion Triple Eight has unveiled its new livery for the 2019 season, and has announced that Craig Lowndes and Jamie Whincup will partner for the endurance races

It includes more white at the front end than the 2018 car. The blue also carries further back, running up the rear quarter panel and onto the hatch underneath the wing. That means the major Holden branding has switched from black to white.

Lowndes announced his retirement as a full-time series driver in July, but he will return with Triple Eight to share the Holden Commodore with Whincup for the Bathurst, Gold Coast, and Sandown endurance rounds.

It also means the end of a seven-year partnership between Whincup and Paul Dumbrell, which yielded a Bathurst 1000 win and three Sandown 500 victories. 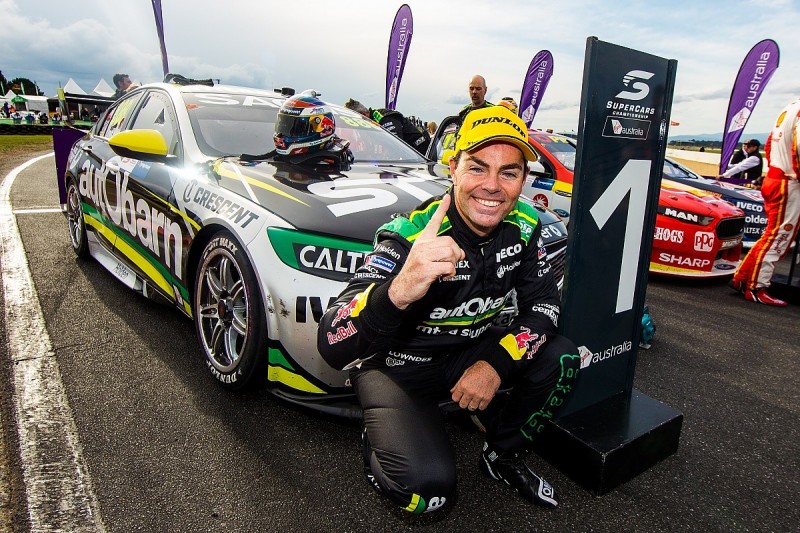 "This year we've done something different by launching in Dalby and getting close to the community here. The people and the farmers came out and they all had a smile on their faces."

Triple Eight is yet to confirm who will partner Shane van Gisbergen for the long-distance races, with 2018 co-driver Earl Bamber unavailable this year due to his Porsche commitments.

The team scales back to two cars for the 2019 season, a deal to sign Simona de Silvestro to replace Lowndes in its third entry having fallen over last September.

Richie Stanaway gets Supercars lifeline at GRM in place of Tander