Townsville Supercars:Van Gisbergen doubles up with charging drive from 12th

Shane van Gisbergen doubled up in the second Townsville SuperSprint by converting a 12th place starting spot into victory in the third heat, having earlier won race two

The Triple Eight driver, who secured the team's 200th Supercars victory in the first of Sunday's two 39 lap races, set the foundation for the unlikely win with a fast start from the sixth row, capped off with a brave move on heat one winner Scott McLaughlin for seventh place at the end of the first lap.

While McLaughlin bailed out of the battle early, pitting on lap seven for clear air, van Gisbergen went the other way. He opted to press on, including a scuffle with Cam Waters that saw the Tickford Ford driver pitched into a spin on the pitlane slip road.

After surviving an in-race investigation into the Waters contact, van Gisbergen didn't stop until lap 24, giving him poor track position, but great tyre condition, for the run home.

Initially it looked as if McLaughlin's strategy was the winner, the DJR Team Penske driver undercutting everyone on his fresh tyres to come out in front.

But a late safety car to retrieve Anton De Pasquale's car from the Turn 6 barrier proved to be his undoing, bringing the likes of pole-sitter Todd Hazelwood, Jamie Whincup and van Gisbergen - who was ninth at the restart - back into the game.

When the race went green with nine laps to go, McLaughlin still looked like he might have enough in the tank, particularly after holding off a brief challenge from Hazelwood's Brad Jones Racing Holden.

But once the two Triple Eight cars cleared Hazelwood their pace was unleashed, Whincup letting van Gisbergen through four laps from home to have a crack at the leader.

It proved to be a shrewd move, van Gisbergen not only using his superior grip to pass McLaughlin at Turn 12 on the same lap, but running the Mustang wide so that Whincup could sneak into second. 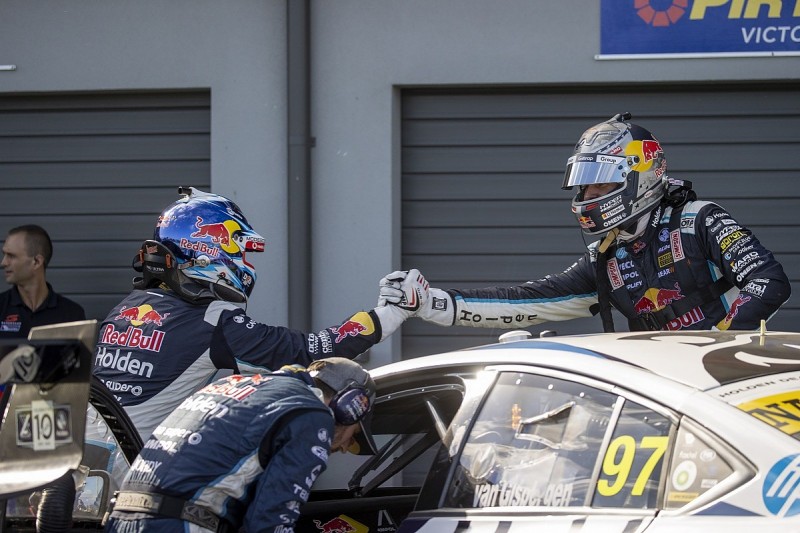 With no team orders in play, van Gisbergen was free to storm to his second victory of 2020, winning from further back on the grid than anybody has ever previously managed in Townsville.

"I had a great car. I got stuck in the first stint, but the safety car worked out perfectly. It was a big battle at the end trying to do the team thing to help Jamie."

McLaughlin clung on to third despite a late challenge from Chaz Mostert, but was left unimpressed with van Gisbergen's move, which he labelled "pretty average".

"Shane was playing the team game there," he said.

McLaughlin still leads the series by 143 points over Whincup with just three events to go.

Scott Pye was a big mover once again, turning 17th on the grid into fifth, while Hazelwood went the other way, dropping back to sixth at the finish ahead of BJR team-mate Nick Percat, who had also started on the front row.

Van Gisbergen had earlier won from fourth on the grid, setting up the victory with a good start to jump Waters and aggressive car placement on the way into Turn 2. 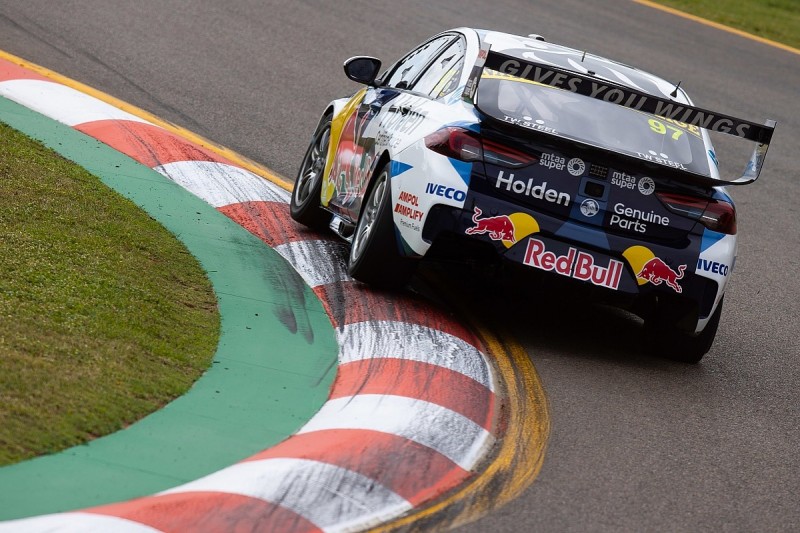 While polesitter Percat and McLaughlin both ran down the inside into the slow right-hander, van Gisbergen ran a high line and popped out in between the top two.

After a handful of laps sitting behind Percat, van Gisbergen charged into the lead at the last corner on lap seven.

Once in front, he was unchallenged and won by more than 8s from McLaughlin.

Whincup finished third ahead of Percat, who was unable to capitalise on the fresh rubber afforded by running a long first stint to challenge for the podium at the end, and Waters in fifth.