Shane van Gisbergen caught and passed Triple Eight Holden team-mate Jamie Whincup for a second day running on the streets of Townsville to secure his 10th Supercars win of 2021.

Whincup converted his pole position into an early lead, and was even given a slight reprieve on the opening lap when Nick Percat snuck past van Gisbergen.

The championship leader swiftly reclaimed second spot, though, before settling into a rhythm around a second behind his team-mate.

As the first round of stops approached van Gisbergen started to hustle Whincup, the gap down to just over half a second when Whincup pitted on lap 28.

Van Gisbergen made his first stop four laps later, taking on more fuel. Between that and Whincup's fresh tyre advantage from the undercut, the Kiwi found himself 10 seconds in arrears.

But on better rubber, van Gisbergen was able to eat through that margin across the second stint, the gap coming down to around two seconds by the time Whincup pitted for a second time on lap 60 of 88.

Van Gisbergen again went longer, taking his second service on lap 65 and rejoining just over six seconds behind Whincup. But helped by Whincup hitting some traffic, van Gisbergen was able to quickly close in and made a play for the lead with 12 laps remaining.

His first attempt was at Turn 11, Whincup slamming the door shut as van Gisbergen took a look up the inside. Van Gisbergen then got the move done at Turn 13, the pair making light contact mid-corner as the lead changed hands.

Once in front there was no stopping van Gisbergen, who duly cruised to the 50th Supercars victory of his career, leaving Whincup deflated having led the majority of both of the weekend's races.

Van Gisbergen's series lead over Whincup is now 245 points, with everyone else now more than a full round's worth of points behind. 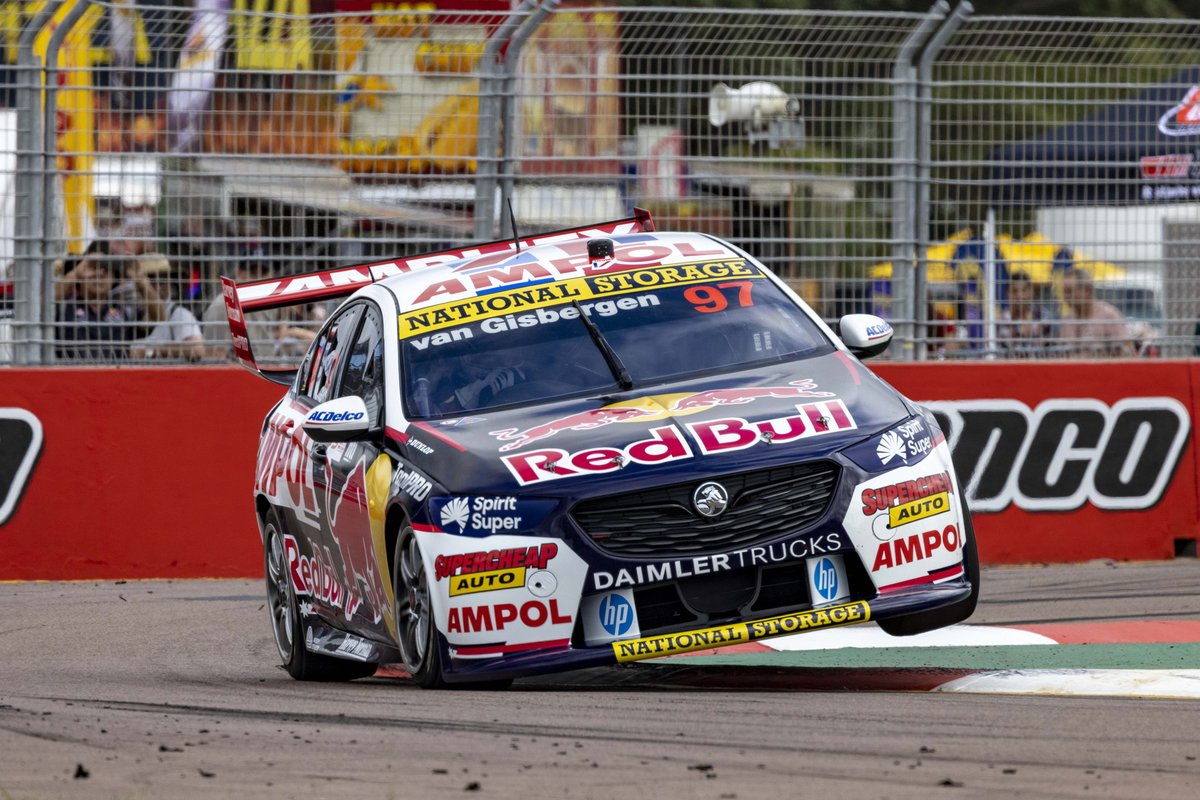 For the second day running Anton De Pasquale finished a lonely third, although he did improve on the 30-second deficit from yesterday, finishing 23s off the winner.

It was Percat that looked bound for third place early in the race, only to have his charge dulled by a power steering issue late in the first stint.

He came in on lap 25 looking for a bigger steering wheel to make the car easier to drive, which caught the Brad Jones Racing crew by surprise. After a delayed stop, he was sent out for another stint battling away on the standard steering wheel, only switching to the 'bus wheel' at his second stop. He eventually finished 21st.

Will Davison (DJR) finished fourth while Will Brown and Cam Waters staged an epic late battle over fifth place. Brown came out on top after passing Waters at the last corner on the penultimate lap.