Shane van Gisbergen and Jamie Whincup took a win apiece at the first Supercars round at The Bend Motorsport Park, with van Gisbergen taking the points lead from Scott McLaughlin

The weekend started with an absolute cakewalk for van Gisbergen, who waltzed his way to a six-second win in Saturday's single-stop sprint race.

The pivotal moment in the race was a lap-five pass on polesitter and early leader Whincup, which meant when the safety car was called two laps later to retrieve Garth Tander's broken down Commodore, van Gisbergen had the pit priority.

With Whincup dropping back to eighth after being forced to stack behind Triple Eight team-mate van Gisbergen, and Rick Kelly - who inherited second - lacking the speed to mount a serious challenge, van Gisbergen was able to cruise to the first ever Supercars win at The Bend.

Making the win even sweeter was that points leader McLaughlin finished down in sixth. The Penske Ford driver was unable to trouble the lead group, and couldn't even hold a recovering Whincup off in the closing stages to limit the points damage.

Whincup got back to fourth behind Michael Caruso, clearing Will Davison, McLaughlin, and Mark Winterbottom after his unfortunate delay in the pitlane.

For the second day in a row the Red Bull Holdens were too strong, although this time it was Whincup, once again the polesitter, who cruised to victory. 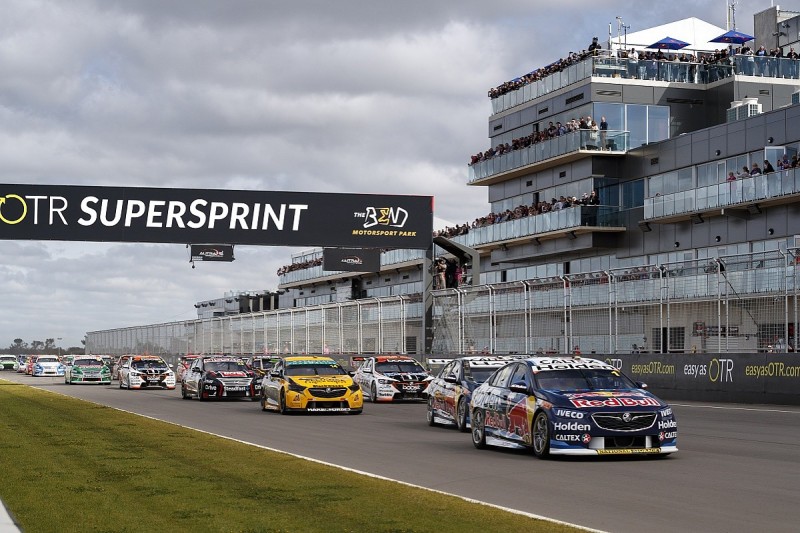 His cause was helped massively by van Gisbergen falling behind Tim Slade at the start, which gave Whincup a small window to build a 3s lead in the two laps before van Gisbergen got back into second.

While van Gisbergen was powerless to stop his team-mate from ultimately taking an 11s win, second place proved to be enough.

With McLaughlin managing just 10th from the 200km race, finishing where he started, van Gisbergen now has a 19-point lead in the standings.

David Reynolds was the big mover in the second race, coming from 12th on the grid to finish third after Slade made a mistake with a handful of laps to go and gifted his podium spot to the Erebus driver.

The series now heads into endurance mode, with the Sandown 500 in mid-September kicking off the long-distance races in three weeks.