Motorsport Australia has outlined the factors that led to the final Supercars race at Sydney Motorsport Park last weekend being abandoned after five safety car laps of the waterlogged track.

The four-week Sydney swing following Supercars' three-month COVID hiatus came to a controversial end on Sunday, when the final race was called off due to the poor weather.

Persistent rain all day left the track waterlogged by the time the 250-kilometre race was set to start.

After five slow laps behind the safety car, the field was called back to the pitlane where they sat for 35 minutes before the race was declared.

With no classification for the race, Shane van Gisbergen was crowned champion thanks to his 349-point lead heading into the season-closing Bathurst 1000.

The decision split opinion among drivers, with polesitter Nick Percat among those critical of the call and indicating on social media that he wasn't consulted about the conditions.

Motorsport Australia, which runs race control for Supercars events, has now moved to explain its decision with race director Tim Schenken citing the safety of the drivers and trackside officials as primary factors, with Supercars using an“aggressive intermediate” tyre rather than a full wet.

However the compact Supercars schedule also played its part in the decision, with the Bathurst 1000 less than a fortnight away and the Queensland teams unable to return to their bases due to border complications.

“Like everyone watching on, we were extremely disappointed that we were unable to go racing on Sunday however the decision to declare the race was the right one,” said Schenken.

“There were a number of factors that went in to the decision to call the race, including the lack of visibility for drivers and trackside officials because of spray, as well as the many rivers of water that were evident around the circuit, given the location and layout of Sydney Motorsport Park. 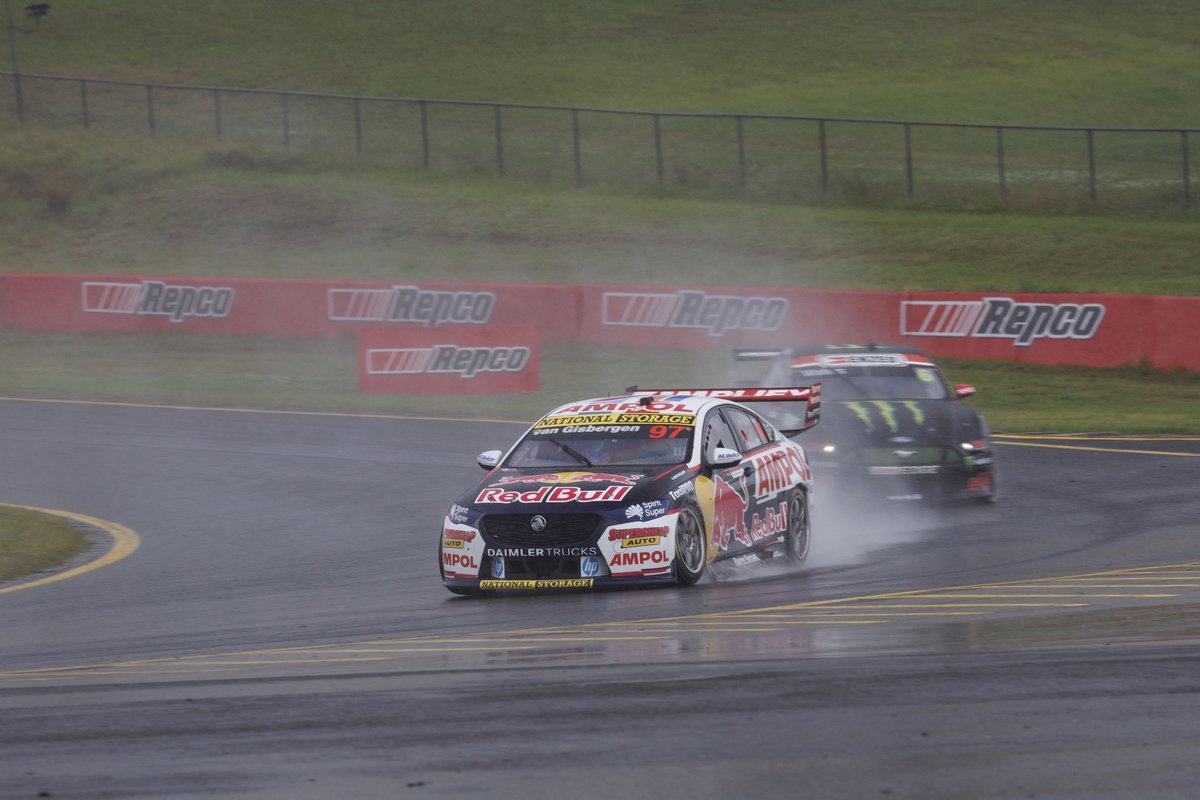 “Race control spoke to a number of drivers and received overwhelming feedback that the conditions were not appropriate for racing.

“The hard working volunteer officials were certainly front of mind also, given the overwhelming majority of officials had been out on track and in the elements across the four weekends of racing.

"We are also wary that about 75 per cent of those officials involved at Sydney Motorsport Park are expected to be officiating at an extended Repco Bathurst 1000.

“While it was not the single major factor in the final decision, the Supercars schedule and restricted movement of teams was also part of the overall considerations, noting some teams would be unable to return to their workshops between the Sydney race and the next round at Mount Panorama should any major repairs be necessary.”

Supercars has today confirmed that all single-day ticket holders for Sunday's wash-out will get their money back.

“Supercars shares the disappointment of fans who waited in the rain to see the penultimate race of 2021,” said Supercars CEO Sean Seamer.

“Nobody wanted to see the championship concluded under those circumstances.

“We think it only fair that those who purchased single-day trackside and grandstand tickets for Sunday receive a refund.

“Through Ticketek, Supercars will be issuing refunds to all single-day ticket holders for Sunday. We thank all of our supporters and partners for their patience and understanding.”