The Australian Supercars championship won't mandate COVID-19 vaccination for teams and spectators, but series boss Sean Seamer says access to events without it won't be guaranteed either.

Vaccination has become a particularly hot topic in Australia in recent weeks, with appropriate levels of coverage seen as the fastest way out of the ongoing lockdowns in New South Wales and Victoria.

More than half of the country's population is currently in lockdown due to outbreaks that have been centred on the country's two biggest cities, Sydney and Melbourne.

After a sluggish start to the vaccine rollout down under, there's now a key focus on coverage rates. It is hoped that once 70 to 80 per cent of the eligible population are vaccinated, lockdowns and internal border restrictions will no longer be needed.

As it stands, a little over 30 per cent of the population is fully vaccinated while almost 60 per cent of eligible people have had their first dose.

How the next phase of Australia's national plan will be managed, in terms of additional freedoms for those that are fully vaccinated, is another key topic.

Western Australia recently became the first state to make at least one dose of vaccine mandatory for new arrivals from New South Wales. And the country's two major airlines, Qantas and Virgin Australia, are both running incentive programmes to promote vaccination.

It's feasible mandatory vaccination will have a role to play in big events in the future, including sports, as is already the case in some other parts of the world.

Supercars CEO Seamer says the series has no plans to make vaccination mandatory for organisational staff, team staff or drivers, but is already talking to teams to ensure they are aware of the complications beyond its direct control that may arise from not being vaccinated.

"What we've been doing is informing the teams of what we understand to be the evolution of vaccination policies on a state-by-state basis," said Seamer. 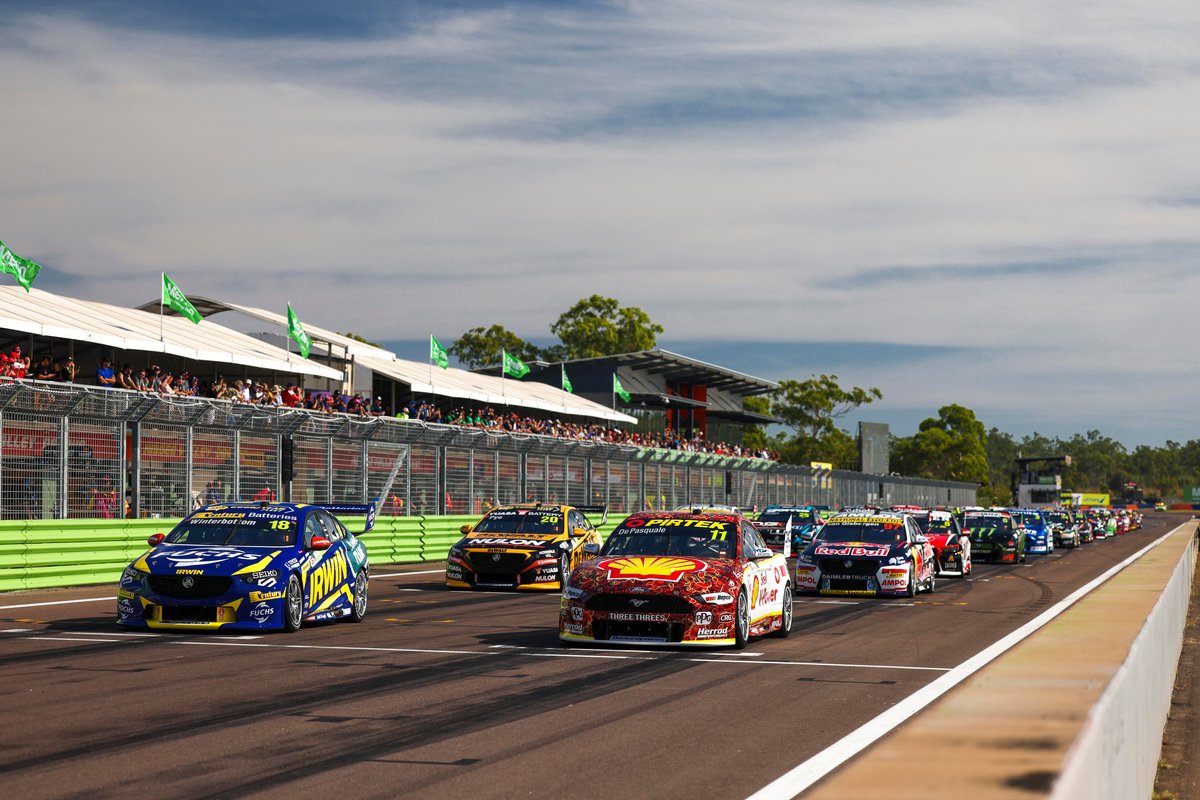 "Making sure that the teams understand that, as we sit here today, if a person isn't vaccinated it may be a challenge for them to travel interstate. The New South Wales premier came out with the first step towards greater freedom and opportunity for those that are vaccinated.

"We're certainly not mandating vaccinations. It's a personal choice. But at the end of the day it may impact people's ability to attend and conduct themselves at events.

"What we're doing is making the teams aware of that."

The same will go for fans, with Supercars itself not set to make vaccination mandatory for attendance, but warning it could be made mandatory at a government health department level.

"We're certainly not going to mandate something at a Supercars level [for fans]," said Seamer. "We'll work with the state governments on that basis."

Supercars is currently on an extended mid-season hiatus thanks to those outbreaks in NSW and Victoria.

The season is set to resume on the first weekend in October at Winton in northern Victoria, although Seamer has already conceded that date is "challenged".

A second major revamp to the second half of the season is now inevitable, with the Bathurst 1000 poised to become the season finale in early December. That means the Gold Coast 500 is set to be cancelled for a second year running.