Supercars will debut a new super soft tyre compound in 2021, as the full race formats for the new season are revealed

The Australian series is set to run a mix of one, two, three and four race formats across the season, with a total of 32 races from the 12 rounds.

There will also be a third dry weather tyre compound added to the mix, with recent tyre testing at Queensland Raceway leading to the green light for a super soft compound to join the current soft and hard.

The super soft will only be used at Winton and Hidden Valley.

Tyre formats beyond that are yet to be confirmed.

Refuelling, meanwhile, will only be done in-race at the 250 and 1000-kilometre races.

As expected, the season will kick off with a pair of 250-kilometre races at Mount Panorama.

The Formula 1-supporting Albert Park round will feature four 100-kilometre heats, before there first of the three-race sprints at Symmons Plains in Tasmania.

The three-race format will be used at Symmons, The Bend, Winton and Hidden Valley, with race lengths all ranging between 110 and 120 kilometres.

Longer races will return for Townsville, which, for the first time, will move to a 500-kilometre format over two races rather than its traditional 400 kilometres.

The Sydney and Perth SuperNight rounds will both be run over three races, followed by the only two-driver round - the Bathurst 1000. 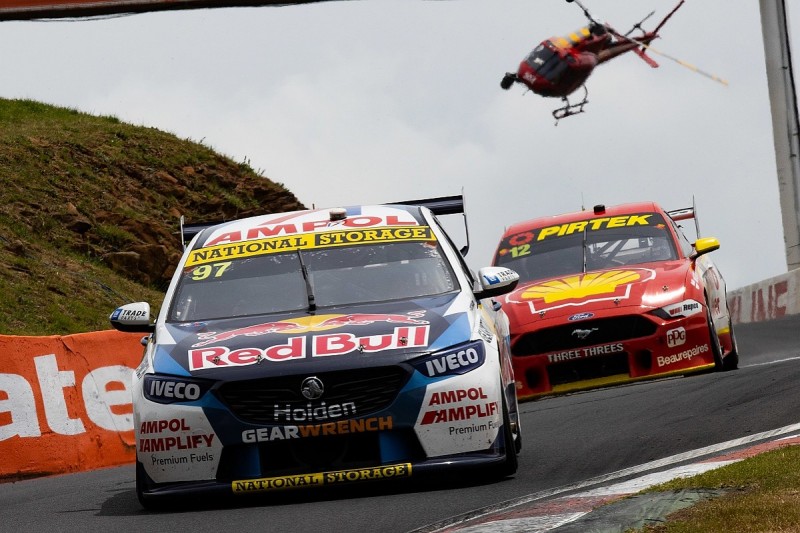 The season then concludes with three sprints in Auckland and two single-driver, 250-kilometre races on the Gold Coast.

As for qualifying formats, the Top 10 Shootout will make nine appearances across the season. The Mount Panorama 500, Gold Coast 500 and Townsville 500 will have two each, the others coming at Hidden Valley, Sydney Motorsport Park and the Bathurst 1000.

Qualifying at the two shortest tracks on the calendar, Symmons Plains and Wanneroo Raceway in Perth, will be split into two groups each featuring one car per team.