Supercars team owner Ryan Walkinshaw was hospitalised during a battle with COVID-19 earlier this year.

The Walkinshaw Andretti United co-owner was hit with an uncomfortable symptomatic bout of the virus back in February.

He was infected after returning to his permanent residence in Monaco, following what was close to a year-long stint in Australia helping his Walkinshaw Group business navigate the global health crisis.

The exact source of the infection is unknown, he and a number of friends contracting the virus after a Saturday lunch meeting that was held in accordance with Monaco's health guidelines.

"Sunday I was fine and then on the Monday morning I woke up with a bit of cold," Walkinshaw told Autosport.

"I decided to get tested to be safe and I was positive. Here they send you home and tell you not to leave the house for two weeks. I was told to take paracetamol and given a hotline number to call and register on. Then a doctor called me every day to see how I was going.

"I felt fine for the first couple of days and then my taste and smell started going. Then the coughing started, which was horrendous. It's the worst cough I've ever had, every five or six minutes I felt like I was going to bust a lung through my throat. It was very uncomfortable.

"In the beginning, the sleep deprivation was the toughest thing to deal with. You just can't sleep. You sleep for an hour then wake up and spend the next 45 minutes coughing.

"My partner Hayley, she got it off me but it was a couple of days delayed. So she was watching in real time was she was going to have to deal with, which wasn't very comfortable for her. You end up getting insomnia so you can't sleep even as the virus symptoms get better."

It was the pneumonia that came in the second phase of the battle that landed Walkinshaw in hospital.

"I had COVID for 19 days and by the end it got a little bit serious," he said.

"After about eight days I got better for about three days. I was excited, I thought I was over the hump and I'd be able to look after Hayley.

"And then it hit me like a ton of bricks, 10 times worse than it was before. My fever was 39 degrees, which is pretty high, and the coughing got even worse. The violence of the coughing was nothing I've ever experienced before. It was so violent it was making me throw up as I was coughing.

"I had really bad pain and shortness of breath. After five or six days like that I went to the doctor and they told me the COVID had turned into pneumonia. They sent me to hospital the next morning because my O2 levels were starting to get pretty bad and I was struggling to breathe.

"If you're younger, they give you a huge dose of antibiotics and a drip for a day and a bunch of antivirals and then send you on your way, which is what happened with me fortunately."

While he's now recovered from the virus itself, Walkinshaw has been left with significant lung damage that may be permanent.

He says it's a cautionary tale for those outside of the high-risk groups that are dismissive of the dangers the virus can pose.

"The doctors explained to me that the viral load you receive when you first get infected is critical to how good or bad your COVID experience is going to be. Out of the 12 people who I engaged with on that Saturday, six of us got COVID, and four of us had a really bad time. 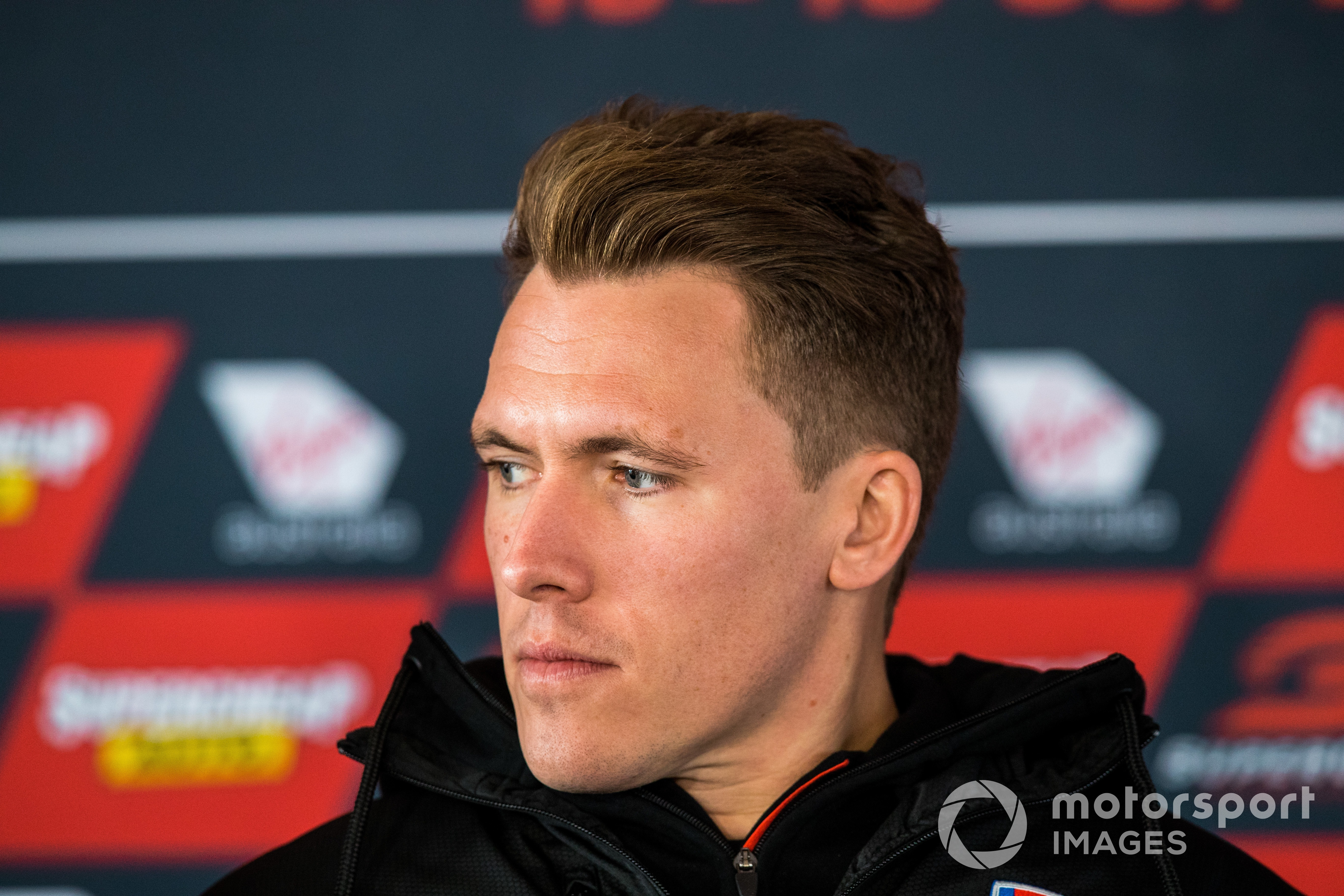 "Here in Monaco, they recommend you get CT scans afterwards because there are a lot of underlying lung damage that you may not be aware of. Scar tissue in your lungs that creates pockets of infection that can't be cleaned out, which is what causes the pneumonia.

"Out of the four of us that were badly affected, three of us have got lung damage which we'll have to deal with. Around 10% to 15% of our lungs are scar tissue now.

"A lot of people say you can be young and have COVID and it won't affect you, but now, because I had it, I have a significant amount of lung damage. You'd be surprised how much it's already affecting my cardiovascular system, trying to train is very uncomfortable. I'm constantly out of breath.

"They've given a routine to do to expand my lungs over the course of the next three to six months, which will hopefully stretch the scar tissue and open up those pockets that are blocking off in my lungs. For some people it heals, for some it doesn't.

"Even smaller things – Hayley still hasn't got her sense of taste and smell back and it's been two months. It's pretty miserable eating food if you can't taste it. It's not debilitating, but it's not nice."

Walkinshaw was reluctant to go public with his COVID battle, given how common stories like his are in Europe as the virus has across the continent.

"It will sound like a big deal in Australia that I've had COVID, I'm probably the first person in Supercars to have had it," he added. "But here in Europe everyone has had it. Every week there are more friends texting on WhatsApp saying they've just tested positive.

"It's pretty rife here and you'd be surprised how many young people have bad reactions and end up in hospital on oxygen and so on.

"I'm one of the lucky ones in the scheme of things. There are plenty of people who have been affected much worse than me."

Walkinshaw is currently working on getting through Australia's strict international border so that he can link back up with his WAU squad.

"I'm trying to get my approvals to get back in [to Australia], which is quite laborious for someone who isn't an Australian citizen," he said. "But hopefully I'll have that sorted soon.

"I am going to hang around here for a few more weeks until my age bracket is eligible to be vaccinated here in Monaco. While I've got antibodies, I've only got antibodies for the specific COVID strain that I had.

"Fortunately some of the vaccines protect against the other variants. Having been through what I went through I don't want to catch it again."

Walkinshaw is one of a number of high-profile motorsport personalities to have contracted COVID-19.