The Ford squad spent much of the off-season trying to buy or lease a REC that would allow it to continue with its four-car model in 2021.

That was after Phil Munday sold his REC, which had been underpinning the fourth Tickford entry driven by Will Davison and then James Courtney, to Brad Jones Racing.

There are currently at least two RECs parked at Supercars. One was handed back by Tickford ahead of the 2019 season, so Munday's customer entry could be taken in-house. The other came from Garry Rogers Motorsport when it pulled out of the series at the end of 2019.

However Tickford's bid to get hold of one of those RECs proved unsuccessful, both the entry deadline and rival teams working against it.

The push-back from rivals is understood to have been about REC income, the TV and appearance money split between teams, which is diluted when additional cars are added to the grid.

Autosport understands Tickford offered to mitigate the financial impact by running the fourth REC as a no-income lease.

That would have effectively made it a season-long wildcard entry. 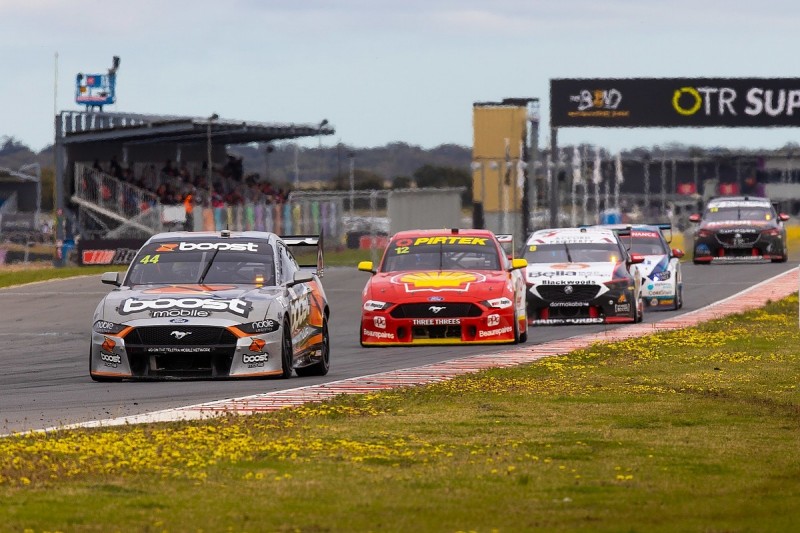 But even that was rejected, Tickford eventually forced to settle on three cars for the coming season for Cam Waters, Jack Le Brocq and Courtney.

Had the fourth car plan come together, both Lee Holdsworth - who spent the past two seasons at Tickford - and Super2 champion Thomas Randle were in the frame for the drive.

Holdsworth has since parted ways with the squad and is poised to join Walkinshaw Andretti United for the Bathurst 1000.

He will also run a full TCR Australia campaign and cut his first laps in the Ash Seward Motorsport Alfa Romeo in Tasmania last week.

Randle, meanwhile, has been locked into a multi-year deal with Tickford that includes a Bathurst 1000 co-drive for 2021.

There could be other wildcard outings too, while the multi-year nature of the deal hints strongly at another tilt at a fourth full-time entry for Tickford ahead of the 2022 season.

The season begins with a trip to Bathurst for the Mount Panorama 500 from 26-28 February.