Team Sydney has confirmed that Garry Jacobson will complete its line-up while also claiming the final spot on the 2021 Supercars Championship grid.

As revealed by Motorsport.com, Jacobson had emerged as the key contender for what was the final full-time spot on the grid for the coming season.

His signing has now been made official by Team Sydney, run by Bathurst winner Jonathon Webb, confirming the former Super2 champion will join Fabian Coulthard in an all-new line-up.

"Going head to head with Team Sydney last year I was really impressed that a newly-created team could improve so quickly and achieve continually better results from round-to-round," said Jacobson.

"I had always followed Jonathon's career and admired his success, not only on the track, but as a team owner playing a key role in the careers of our current top driving talent.

"With Fabian also on board, this was the ideal time to gain some valuable experience with some successful seasoned campaigners.

"I'd like to thank the entire team for having me on board and being so accommodating.

"It will be exciting calling Sydney Motorsport Park home and I look forward to representing the city and achieving some of the goals I have already set myself which is to improve my preparation, fitness and technical understanding of the cars.

"By doing all of these things I am positive consistency and results will follow."

Webb added: "Garry is an ideal fit for the Team Sydney family. He is young, determined and absolutely committed to progressing his motorsport career alongside Fabian and our crew.

"We have been impressed by Garry's past performance and the character he demonstrates on track.

"Our crew are excited to kick off at Bathurst and look forward to sharing naming rights partner announcements for the Team Sydney Supercar #22 soon."

The deal marks a third-straight season for Jacobson in the top flight, following two single-year campaigns with Kelly Racing and Matt Stone Racing.

He parted ways with MSR at the end of last season, that team opting to split rookies Zane Goddard and Jake Kostecki, who shared a car in 2020, into separate entries.

Jacobson's best finish from his two full seasons so far is a seventh at the second Sydney Motorsport Park round last year. 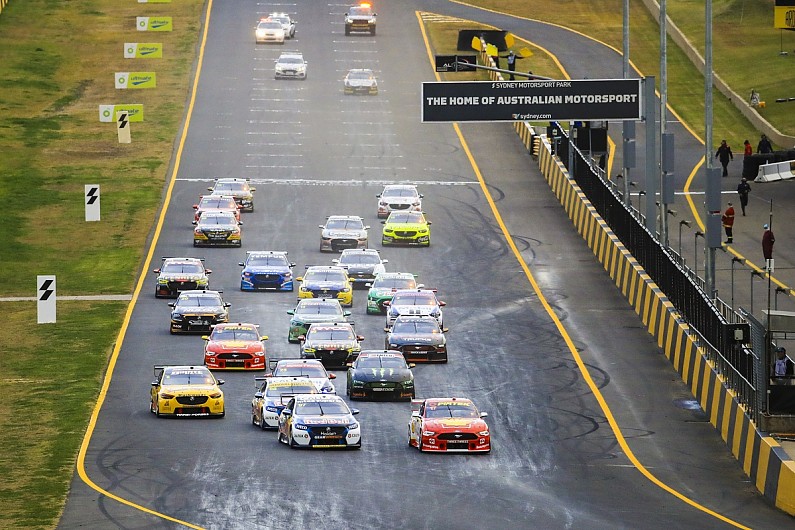 Confirmation that Jacobson will partner Coulthard at Team Sydney is the final piece of the 2021 Supercars puzzle.

Following a turbulent silly season there's a host of changes heading into the new season.

There's one brand new squad in the form of the Blanchard Racing Team, which will help welcome Tim Slade back to a full-time seat.

Tickford Racing will continue with three of its four drivers from last season, as Lee Holdsworth departs due to the lack of a fourth Racing Entitlements Contract.

The new-look Kelly Grove Racing will continue with Andre Heimgartner and bring in race winner David Reynolds, who made a sensational break from Erebus just a year into a decade-long deal.

Reynolds joins in place of Rick Kelly, who made a somewhat unexpected decision to retire at the end of last season.

Erebus, meanwhile, will have an all-new line-up of Will Brown and Brodie Kostecki, after Anton De Pasquale defected to Dick Johnson Racing.

He'll be joined at DJR by Will Davison, as that squad looks to continue its dominant ways into the post-Penske, post-Scott McLaughlin era.