Scott McLaughlin sacrificed a potential win in Newcastle to David Reynolds, the Penske driver settling for a second place that makes him Supercars champion

The New Zealander was flawless on the final afternoon of the season, setting up what would have been a well-crafted win.

However, with title rival Shane van Gisbergen nowhere near quick enough to mount any sort of challenge, McLaughlin went with a cautious approach at the end of the race, letting the lingering Erebus Holden of Reynolds through with four laps to go to ensure he didn't get caught up in an unnecessary battle for the win.

Even with finishing second McLaughlin ended up 71 points clear of van Gisbergen, whose fourth place ensured the controversial Saturday penalty played no significant part in the final equation.

Polesitter Reynolds comfortably controlled the opening phase of the race, keeping McLaughlin at arm's length for the first couple of laps before establishing a 1.5s gap.

Van Gisbergen, meanwhile, needed a bit of Holden help to get onto McLaughlin's tail; having been out-dragged to the first corner by Garth Tander, the Red Bull Holden driver was given plenty of room when he showed his nose at Turn 8 later in the first lap.

The contenders ran in second and third until a lap 20 safety car - caused by another clash between Jamie Whincup and Fabian Coulthard, that left Coulthard in the wall - sparked the first round of stops.

McLaughlin was the winner of the dash into the pits, coming out in the lead ahead of Reynolds, Whincup and James Courtney, the latter two having made their first stops before the safety car. Van Gisbergen, however, dropped to fifth.

The middle stint proved damaging to van Gisbergen's race, falling 13s behind leader McLaughlin before diving into the pits for his second and final stop.

Van Gisbergen did jump Courtney as the stops shook out, but was still back in fourth behind Whincup and 18s off the lead of a race he needed to win.

Then, with around 20 laps to go, the front-left inside guard worked its way loose on van Gisbergen's car, the right guard following suit 10 laps later adding insult to injury on a tough afternoon.

McLaughlin, meanwhile, went conservative in the closing laps. While he could have fought it out for the win, he instead opted to let Reynolds - who was never more than a second or so behind - go with four laps remaining.

The pair ended up crossing the line separated by 4s, Reynolds the race winner and McLaughlin the 2018 Supercars champion. 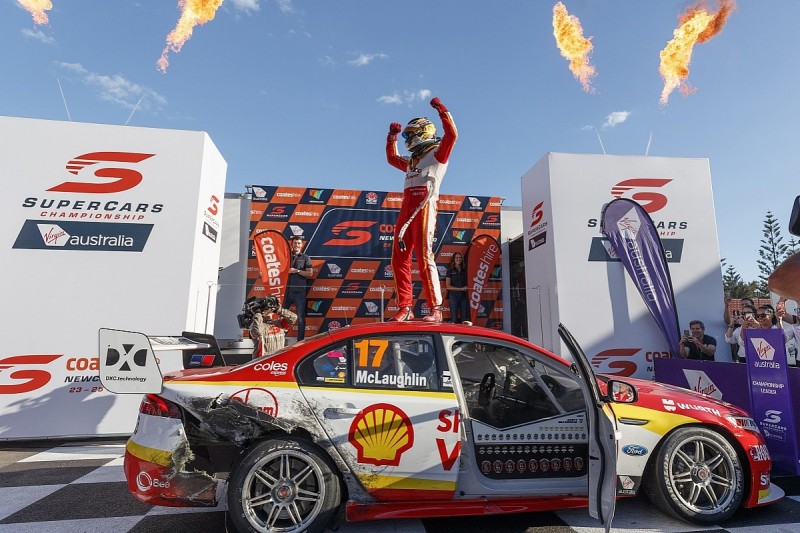 "We have to pay respect to Shane, we raced so hard all year, it's been a hell of a battle.

Whincup and van Gisbergen finished the race third and fourth respectively, the latter 42s down on Reynolds by the finish.

"We did everything we could. Congrats to them, they've been worthy competitors and worthy champions," said van Gisbergen.

"I've enjoyed the fight and am still proud, but it's a tough one. That race, I just got stuck behind James and couldn't do anything to get up there."

Courtney finished his season off with a fifth place, followed by Heimgartner, Chaz Mostert, Lee Holdsworth, and Scott Pye.

Craig Lowndes, whose afternoon started with a touching guard of honour from the entire pitlane, rounded out his full-time Supercars career in 11th place. 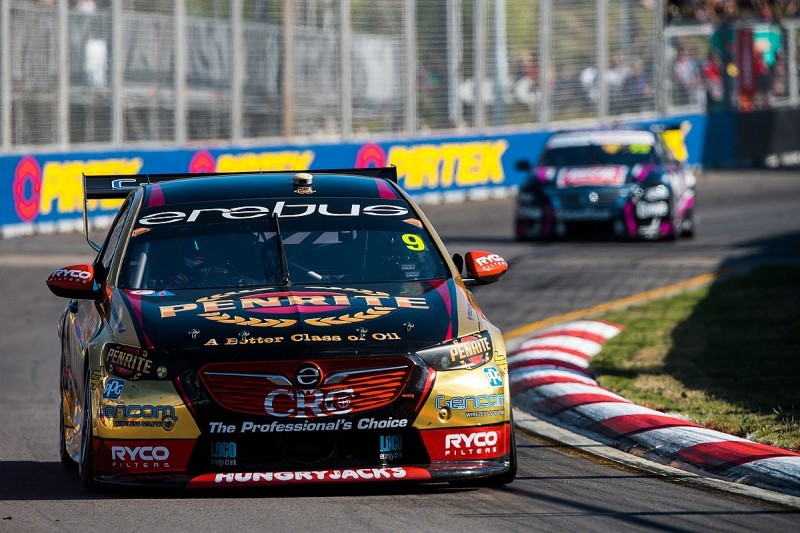