Shane van Gisbergen remains unbeaten in the 2021 Supercars season after winning both of Sunday's races at Sandown.

The Kiwi, nursing a freshly broken collarbone, completed his clean sweep for the weekend with a clinical performance in full wet conditions in the third and final race.

Apart from a few corners of pressure from team-mate Jamie Whincup on the opening lap, van Gisbergen was untroubled across the 36-lap journey.

There was a brief period mid-way through the first stint when second-placed Brodie Kostecki turned van Gisbergen's four-second gap into a three-second gap.

The leader quickly responded, though, pulling the gap out to 4.4s before taking his mandatory service on lap 26.

The second stint was then a breeze for van Gisbergen, who managed to gap and crossed the line almost 15s clear of the field.

The Erebus rookie made impressive progress in the first stint, starting with a well-executed pass on Jamie Whincup coming out of the last corner on lap seven to move into third. 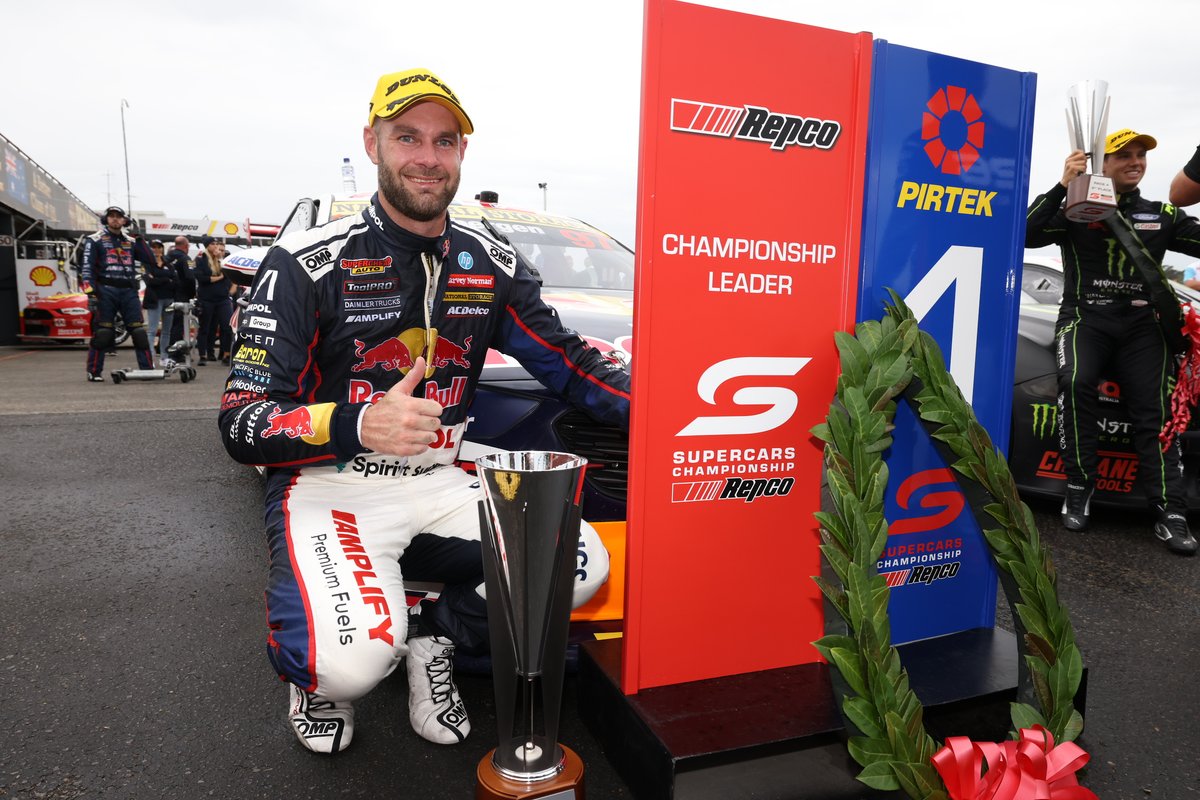 He then swiftly ran down David Reynolds, blasting past the former Erebus driver up the back straight to move into second place.

There was a nervous moment right after his stop as Kostecki bounced over the grass between Turns 3 and 4, however he was able to gather the car up without losing a position.

Reynolds finished a lonely third, his first podium since joining Kelly Grove Racing, while Whincup slipped back to fourth.

Will Davison led the way for Dick Johnson Racing in fifth, despite an early spin, followed by Tickford's Cam Waters.

Will Brown capped off an excellent race for Erebus with seventh, ahead of Brad Jones Racing pair Todd Hazelwood and Nick Percat and Team 18's Mark Winterbottom.

Chaz Mostert endured a difficult end to a promising weekend, his race getting off to a poor start when he shot across the grass on the way into Turn 4 on the opening lap.

That dropped him back to 13th, the poor conditions making it difficult to make headway once back in the pack.

Things went from bad to worse after his stop, Mostert returning to the garage on lap 14 with a broken throttle cable. He returned to the track eight laps later, banking a handful of points for finishing last.

The clean sweep has helped van Gisbergen extend his points lead to over half a round, the gap back to Whincup now 155 points.

Mostert, who was only 33 points behind van Gisbergen heading into the round, is now a sizeable 163 points in arrears.

Van Gisbergen had to fight a little harder for his race two victory earlier in the day, a damp track made for a thrilling opening few laps, the lead changing hands on a number of occasions.

Whincup was the first to have a go out front, after beating polesitter van Gisbergen into the first corner. Mostert, who also got by van Gisbergen on the first lap, then charged past Whincup on Lap 2.

Van Gisbergen followed Mostert through into second, and made a serious play for the lead on the way into the final corner on the second lap. But Mostert got the better drive onto the front straight allowing him to immediately reclaim the lead.

A lap later there was more action at the last turn, Mostert running across the grass after momentarily losing control of his Walkinshaw Holden.

He managed to gather it up without losing his lead, and was given a reprieve a few corners later when the safety car was called to collect Macauley Jones' broken Holden. 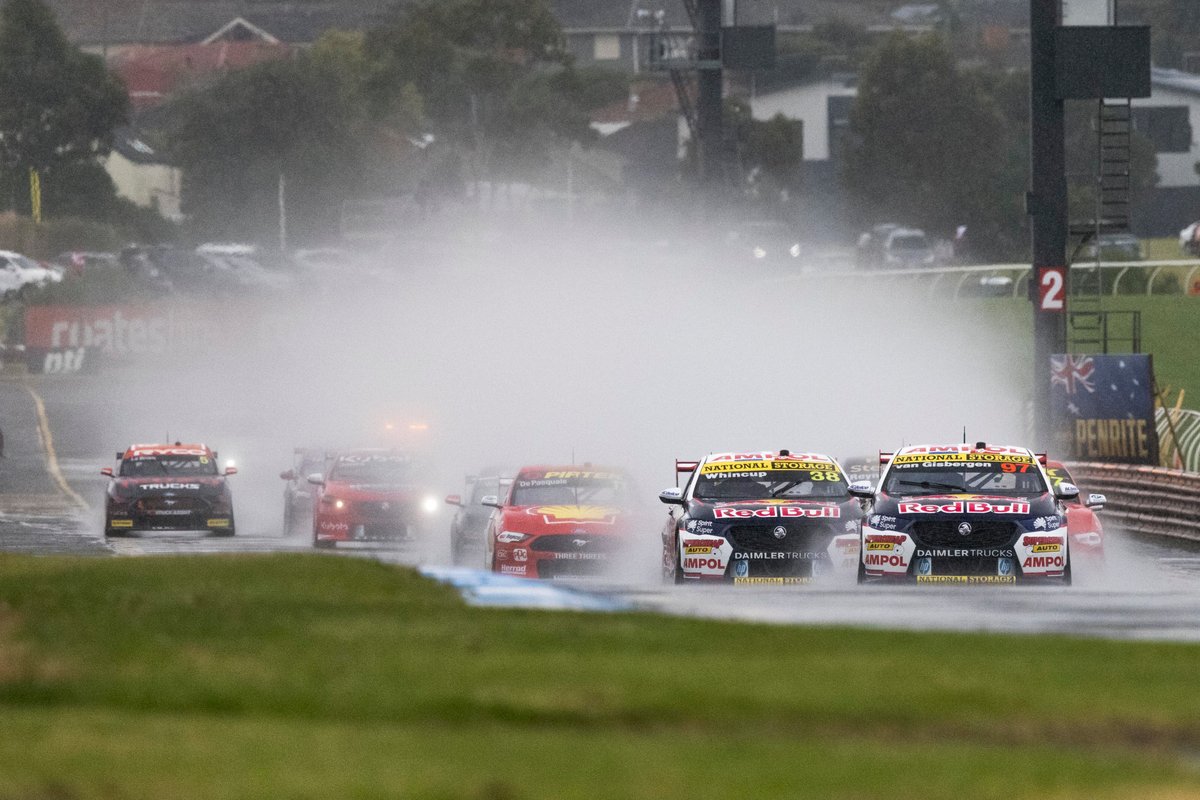 The lap seven restart went perfectly for van Gisbergen, the Kiwi sliding down the inside of Mostert at the first corner. He then charged away, gapping Mostert by over two seconds before the track started to dry out.

Waters was the first of the lead pack to switch to slicks on Lap 20, followed by van Gisbergen and Mostert a lap later. While van Gisbergen re-emerged with his healthy lead in tact, Mostert had to yield second place to Waters.

There was no stopping van Gisbergen across the second stint, as he cruised to a second win of the weekend with a 12 second advantage.

The battle for second was a nail-biter to the end. With two laps to go the fight got physical, Mostert tagging Waters on the way into Turn 1. That sent the Tickford Mustang into a spin, Mostert slowing to immediately redress the situation.

That brought Andre Heimgartner and Whincup into the equation, the quartet scrapping over position through the Turns 2-4 complex. Heimgartner initially got into third, only for another Turn 1 passing move from Mostert to go wrong.

Contact between the pair sent Heimgartner wide, Whincup sneaking through for third place as Mostert and Heimgartner settled for fourth and fifth.