Will Davison took his second victory of the 2022 Australian Supercars season at Sandown with a controlled drive from pole position to beat runaway points leader Shane van Gisbergen.

The Dick Johnson Racing Ford driver set the tone for the race at the start of the triple-header meeting, a flawless getaway allowing him to sweep right to the racing line for the first left-hander.

Fellow front-row starter van Gisbergen meanwhile was slightly sluggish off the line and was forced to head to the inside to defend from the chasing pack.

Davison immediately settled into an eighth-tenth lead over his Kiwi rival, which steadily grew to more than a second as the first stint wore on.

The response proved to be the right one, Davison emerging well clear of van Gisbergen after taking his stop.

He then put in an impressive second stint to stretch the advantage to 8.4s by the chequered flag.

Having won his last two races after post-race penalties were applied to another competitor, this was the first time Davison crossed the finish line first to win a race since 2015.

"I crossed the finish line first, which is nice," he said. "It was a dream run. I'm privileged to have a race like that.

"I'm pushing hard, feeling good. I've been around for a while and when you have a race like that and a car like that... a huge shout-out to [engineer] Rich [Harris] and the whole Shell V-Power team." 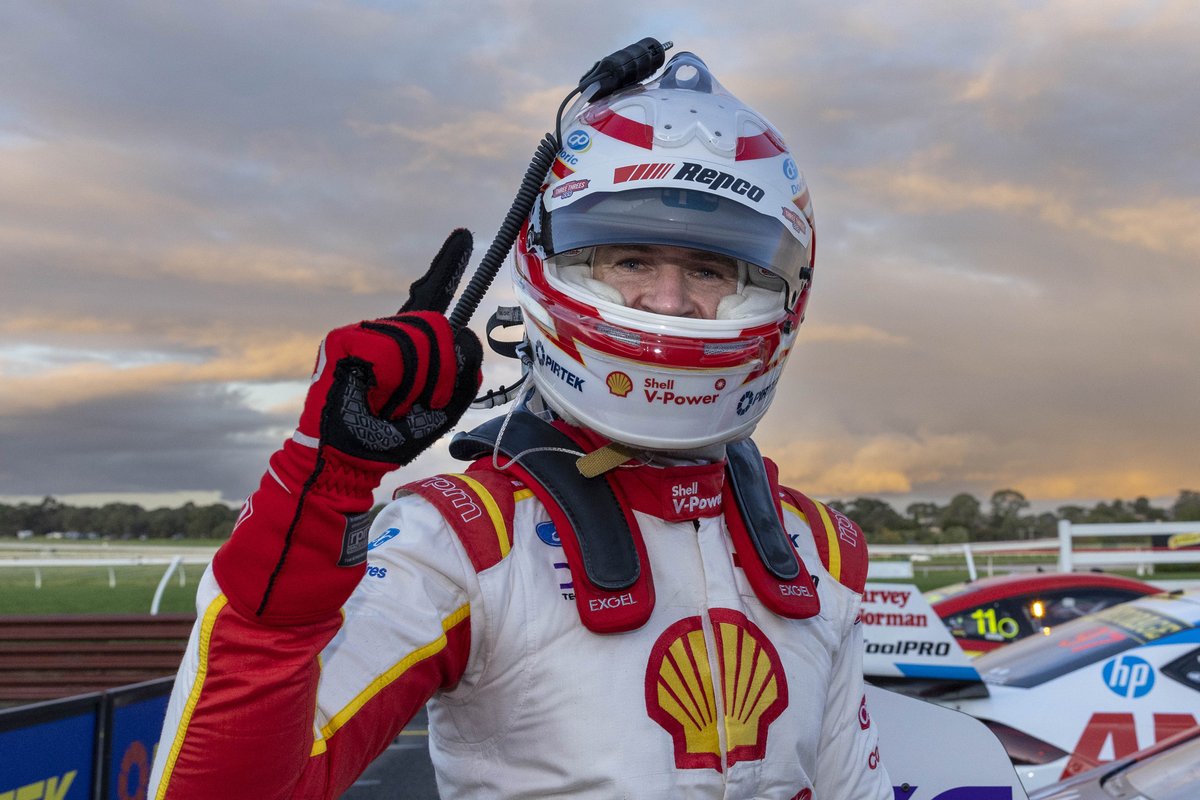 A lap 12 stop for De Pasquale helped him jump Erebus Holden driver Will Brown, who had run third in the early stages.

Brown, who stopped on lap 17, came under significant pressure from the hard-charging Tickford Ford of Cam Waters later in the stint.

Waters, coming from 12th on the grid, had already barged his way past team-mates Thomas Randle and James Courtney but couldn't deny Brown.

The big mover of the race was David Reynolds, who used an early stop and an undercut to make up 12 positions to finish 12th in his Grove Racing Ford. But team-mate Lee Holdsworth, however, went the other way, finishing 24th after stalling on his way out of the pit box.

Despite finishing second van Gisbergen was able to extend his series lead over De Pasquale to 401 points.