The pink liveries are part of a tie-up with the Breast Cancer Network Australia charity with Rick Kelly's Altima the pinkest of the quartet, while the other three cars are running pink detailing.

Kelly and Simona de Silvestro will also wear pink race suits, which will be auctioned off at the end of the Newcastle weekend to raise money for the BCNA.

"I've never raced a pink car before, and I'm really glad that I will get to do that for Breast Cancer Network Australia at Newcastle," said Kelly.

"I've seen the statistics, and you read about the breast cancer tragedies that happen every day. 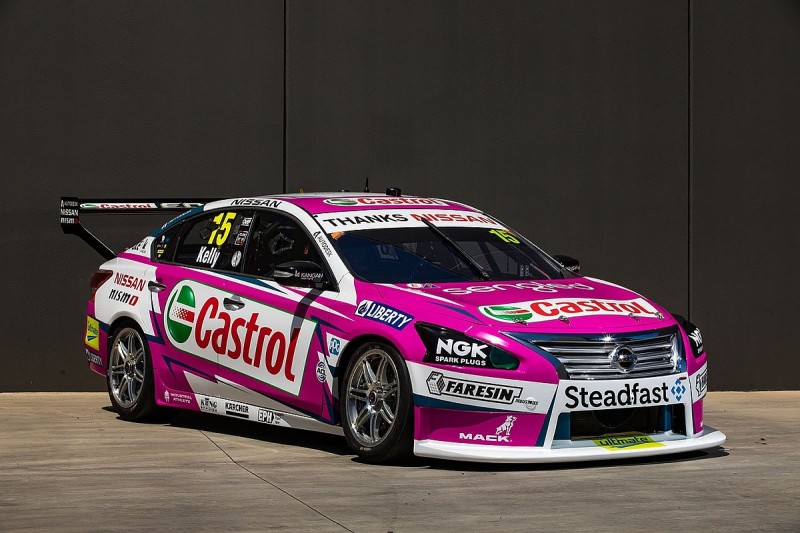 "As a race team, we thought that we had to do something to help support BCNA, and I'm so glad that we are doing it next weekend across the entire team.

"Our Nissan cars were really fast at Newcastle last year.

"We almost got on the podium, so our aim is to finish the year on the highest possible note and give the BCNA and our sponsors a result that they will truly be proud of."

The colourful charity initiative comes on what will be the squad's final outing as Nissan Motorsport, with a move back to the Kelly Racing moniker expected as the factory backing dries up in 2019.

Nissan failed to score a podium in a dire 2017 before Kelly ended its drought with victory at Phillip Island, days after the manufacturer confirmed its exit from the series.

Kelly's win was only Nissan's third in the series having joined in 2013.