It was confirmed last week that motor racing activities at the Pukekohe venue will cease as of next April, as owner Auckland Thoroughbred Racing looks to expand its horse training facilities.

That will end an era of motorsport on the outskirts of Auckland that stretches back to the early 1960s and will also leave Supercars looking for a new home in NZ from 2023 onwards.

Pukekohe first hosted the Australian series in a non-championship capacity in 1996 before a first full points-paying event was staged in 2001. Aside from the five-year stint of the Hamilton street race between 2008 and 2012, Pukekohe has been a fixture on Supercars calendar with its final round to take place on 9-11 September this year.

McLaughlin went on to take his first Supercars victory at Pukekohe in 2013, adding more wins in 2018 and 2019 during his tense battles with fellow Kiwi Shane van Gisbergen.

When asked about the impending closure during last weekend's IndyCar double-header in Iowa, McLaughlin said it was "sad" but conceded it was "inevitable".

"That's where I got my first win in Supercars," said McLaughlin.

"I won there in front of my home fans, which is amazing. I had some tremendous sort of championship battles throughout the years.

"I watched the Supercars for the very first time there, that's where the fire for me burned. I wanted to be a race driver from the first point I saw Supercars on the hill. 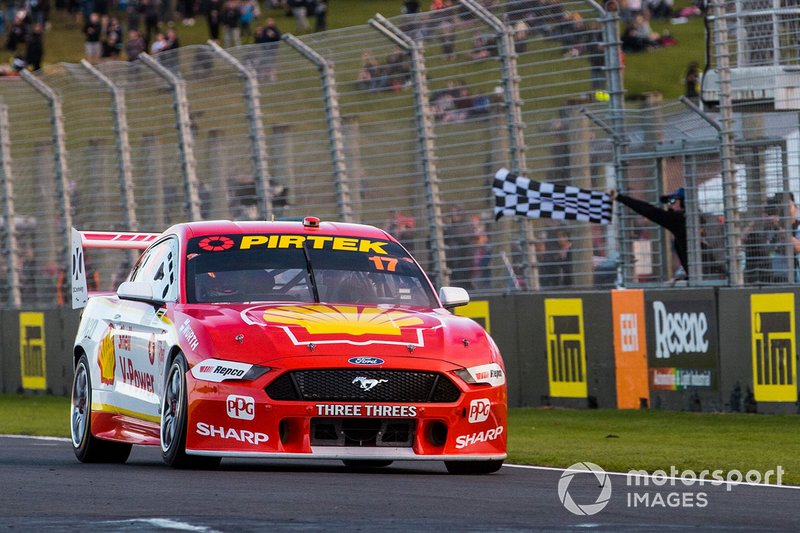 "[It's] sad, some of these tracks that are built in residential areas, it's inevitable it's going to happen. But especially in New Zealand and Australia.

"Unfortunately that's the way it goes. We got tremendous memories there that we should all be proud of and enjoy for years to come."

Issues with urban sprawl and development are threatening a number of Antipodean circuits at the moment.

As well as the impending closure of Pukekohe, the fate of Sandown Motor Raceway in suburban Melbourne looks grim due to residential development plans.

Wakefield Park in rural New South Wales, meanwhile, has recently had its operating days cut to just four a month due to new noise restrictions, which threatens its viability.

Pukekohe Motorsport managing director Gary Stirling said the decision to end its motor racing activities "will be a loss for the motorsport fraternity and also a game changer for motorsport in New Zealand".

Hampton Downs in the neighbouring state of Waikato is widely tipped to inherit the NZ Supercars round.