Lee Holdsworth is set to line up alongside Chaz Mostert at this year's Bathurst 1000, with a deal with Walkinshaw Andretti United seemingly poised for completion

Three-time race winner Holdsworth has been left without a full-time Supercars seat for the 2021 season, as his two-year stint with Tickford Racing was declared over as the Ford squad will scale back to three cars.

While that left him as the top seed for the Bathurst 1000, it appears his time on the co-driver market was short-lived.

Autosport understands Holdsworth is poised to join Walkinshaw Andretti United, where he will partner Mostert for the famous Mount Panorama event.

Long-time WAU co-driver Warren Luff, who has finished on the Bathurst podium four of the last six years, is also set to be retained to partner Bryce Fullwood.

The move will mark a return to Clayton for Holdsworth, who drove a Walkinshaw Racing-run Holden under the Team 18 banner in 2015.

It will also give WAU one of the strongest pairings heading into the October classic, given Holdsworth was the provisional pole-sitter at Bathurst in 2020. 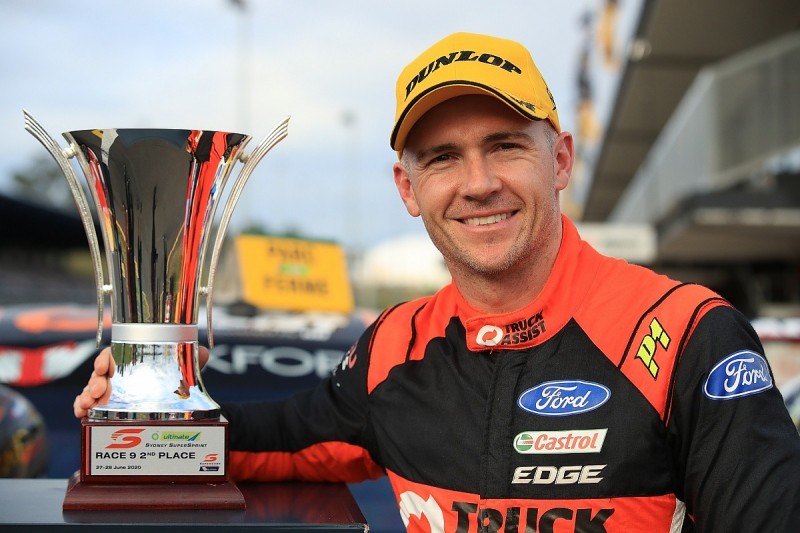 The deal is yet to be made public, although Holdsworth revealed on the latest episode of the Parked Up podcast that he has a drive locked in.

"I will be [at Bathurst], moving on from where I was with Tickford," he said.

"That's what you need to do, first year out of Supercars. You need to put your skills in the right place and give yourself the best opportunity. I'm doing that."

Having raced for Tickford for two seasons, Holdsworth's departure from the team was linked to the loss of sponsor Supercheap Auto, which sponsored team-mate Jack Le Brocq.

Holdsworth's sponsor then moved over to Le Brocq's car, and the 37-year-old subsequently declared his exit from Supercars as a "shock" having raced in the series full-time since 2006.