The 24-year-old was offered the drive by the Walkinshaw Andretti United team.

Sutton drove one of the team's 650bhp Holden ZB Commodore machines, which are used regularly in the championship by James Courtney and Scott Pye.

It also meant Sutton was reunited with the team's engineer Carl Faux. Faux used to be the technical director of Team BMR, which ran Sutton to the UK title in 2017, and he also designed the BTCC Subaru Levorg machines.

"It was a chance for me to try the car and see what Supercars is all about," said Sutton, who will return to defend his BTCC crown with the factory-backed BMR Levorg this season.

"The car was a total monster - a real eye-opener.

"Even when I was leaving the pits, it felt bloody fast, half throttle and all I seemed to do is keep on pulling another gear..."

Sutton took part in a full day's running last Wednesday as he got to grips with the car on the 1.86-mile circuit.

"Supercars have locked rear differential, and that means they are very different from what I have driven before," explained Sutton.

"It requires a slightly different approach in my footwork techniques as the shift in balance is more towards understeer, but dialling myself into this didn't take too long and once I had found the sweet spot I love the way the car rotated.

"The Winton track was a great place to drive the car too - it had a bit of everything with slow and technical bits to really fast and flowing corners too, so I got to see all the abilities of the car.

"It was a little bit like Croft but, if anything, a tad narrower." 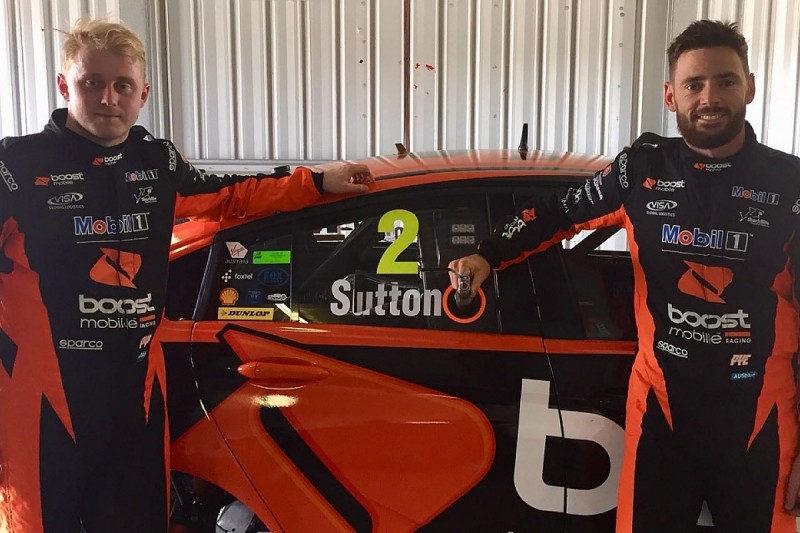 Sutton said that he was given the full range of experiences during his time in the car.

"It was a really interesting experience with lots of new things thrown at me," said Sutton.

"You really had to alter your approach with the two different types of rubber as there was a lap time delta of two seconds between the two compounds, but it was good to experience another of Dunlop's products, because I am used to them in the BTCC.

"All in all, I learned a great deal from the experience and I am really grateful to the Walkinshaw Andretti United team for letting me loose in one of its wonderful cars.

"The entire crew was very welcoming and the whole set-up takes professionalism to another level."

He said he would keep in touch with the team and was planning a return visit later in the season.

"I really enjoyed being around the team and I am planning to go over and watch one of the rounds," he said.

"It is a championship I will certainly be keeping a very close eye on in the future."