Triple Eight Holden driver van Gisbergen had overcome a penalty for contact to beat his title rival Scott McLaughlin - who drives for Penske - to victory in Saturday's opener in New Zealand.

But a controversial decision not to penalise van Gisbergen for his Holden's wheels spinning during a pitstop led to a Penske protest hearing that was held on Sunday morning ahead of race two.

The stewards stuck with their original decision not to impose a penalty.

"We agree with the DRD's [deputy race director's] submission that he and the stewards enjoy a discretion to not impose a penalty in appropriate circumstances notwithstanding that a breach of a Rrule is established," read the stewards' report.

"We find that the DRD has a discretion not to refer a breach of rule D11.8.8 to the stewards in the circumstances of this case and in the general circumstances he outlined.

"We have no reason to consider that this exercise of discretion miscarried in this case.

"Indeed, had the incident been referred to us, we would not have imposed a penalty consistent with the policy which has been applied this championship season."

While van Gisbergen was immediately cleared over an initial wheel movement when engaging first gear, allowed by the regulations, a secondary movement as the car came off the jacks led to an inquiry that went well into the night. 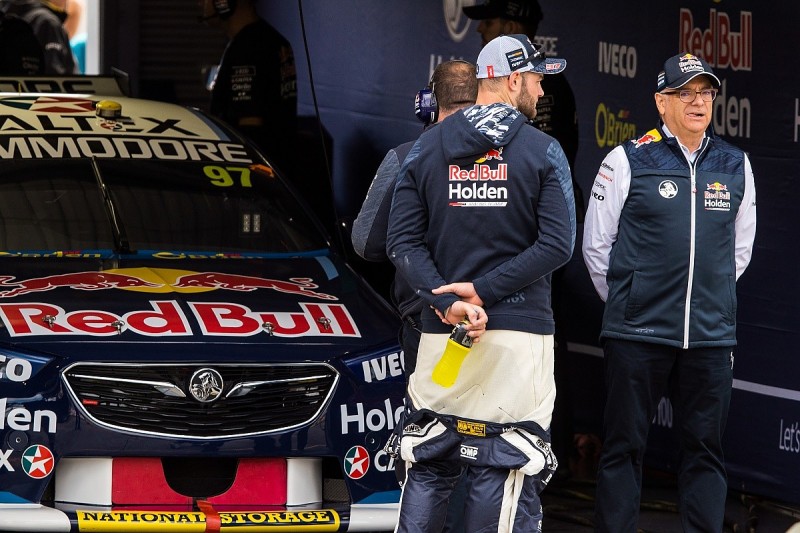 Contrary to paddock expectations, the stewards decided to let van Gisbergen keep his win - citing a lack evidence that the wheels completed a full rotation.

The team ruled out taking any legal action or mounting another appeal after the morning verdict.

A team spokesperson confirmed to Autosport that Penske now considered the matter closed, a position then reiterated in an official statement.

"The rules are there to protect the safety of pit crew members," read the DJR Penske statement.

"Any rotation of the rear wheels during a pitstop, except for slight movement upon gear engagement, is a clear violation of the rules.

"The rules do not state how much the rear wheels can rotate - they state that they can't rotate. Injury can occur without a 'full revolution' of the rear wheels being completed.

"We have no choice but to accept this decision. We can only request that rules are applied and enforced as they are written and that there is consistency as well as clearly defined communication to all in their ongoing application."

McLaughlin went on to win the second Pukekohe race ahead of van Gisbergen, who was elevated from third by team orders for Triple Eight team-mate Jamie Whincup.

That means McLaughlin goes into the Newcastle title decider at the end of November with a 14 point lead over van Gisbergen and 300 points available.