Silvestro was expected to leave Kelly Racing at the end of 2019, but she had been linked to a number of other seats.

But she has now confirmed that she is not in the running for full-time opportunities, potentially marking the end of her three-year stint in the category.

"No, I won't be [on the grid next year]," she told the Trackside TV programme. "On one side, yes, it's a bit unfortunate because I feel like we haven't ticked all the boxes here in Australia.

"But having the opportunity with Porsche, coming around like this, is a really big deal for me and so far I feel like I've been close but never where I need to be.

"I think that with this opportunity with them, I think I can finally achieve what I've always dreamt of and fighting for a championship and winning races.

"Through Harvey Norman, through Katie Page, this opportunity [was] created that I came here to race for three years, and here I am signing with Porsche.

"So at the end of the day as well you need a team to feel the same, and giving you the chances that you need, and I feel like we haven't got that right, really, in the three years that we were here." 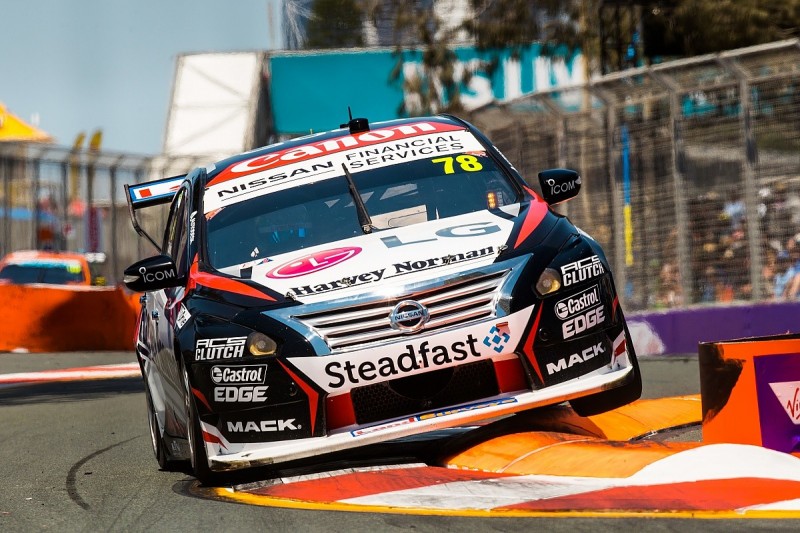 De Silvestro first debuted in the category back in 2015 as part of a one-off Bathurst 1000 entry alongside Renee Gracie in a Tickford Ford.

The duo had a second attempt at the Great Race in 2016, that time with the then-factory Nissan squad, before inking a full-time deal from 2017 onwards.

Silvestro endured a tough run in the Altima and her first top 10 finish did not come until the final round of last season in Newcastle.

Two more top 10s have followed this season, including a career-best seventh at Pukekohe back in September.

While de Silvestro's full-time Supercars career will come to an end after Newcastle, the 31-year-old says she would like to return to the series to take part in the three endurance races, including the Bathurst 1000.

"Yeah, pretty badly, trust me," de Silvestro said when asked if she'd be interested in taking the co-driver's role.

"The racing here is so good and I think you can't compare it to anything else, and to be honest, I'm really going to miss it, because I really enjoy the cars.

"They're really fun to drive, the competition is so fierce out there so it's really cool, and that's really what I love about it.

"So if I really get something together to come as an enduros [co-driver], it'd be awesome."

Elsewhere, Walkinshaw Andretti United driver Scott Pye has now been confirmed at Team 18 as part of its expanded two-car line-up.

Pye will drive alongside Mark Winterbottom.