A handful of tyre failures during Sunday's Supercars race at Sydney Motorsport Park were caused by cuts rather than structural failures according to control supplier Dunlop.

A total of six drivers had issues with tread tearing off tyres across Sunday's action at the Eastern Creek circuit.

The most prominent failure was for weekend-long pacesetter Anton De Pasquale, who was forced to pit five laps earlier than planned in Race 3 thanks to an issue with his right-rear tyre.

The Dick Johnson Racing driver was still able to win the race, but came under significant pressure from Will Brown, who ran a more balanced strategy, in the closing stages.

There was also a tyre issue for Shane van Gisbergen during Saturday night's opening race, however in that case the tread issue was only discovered after the tyre had come off the car.

According to Dunlop's Supercars chief Kevin Fitzsimons the nature of the failures, as well as clear evidence of the cuts, has quelled any concerns over the structural integrity of the soft compound control tyre around the flowing SMP layout.

"It wasn't actually a delamination [on De Pasquale's car], it actually had a cut in it that tore the tread off," Fitzsimons told Autosport.

"We had six in total, all right rears with a cut in the centre in the tread. They are a crescent-shaped cut, around 100 millimetres long, and they were right to the cord. So it works away at it and eventually just tears the piece of tread off.

"It was lucky Anton felt it where he did and was able to pit fairly quick and still went on to win the race. But the carcass of tyre itself was still intact. The jointless band was still intact, that wasn't fractured at all, and the belts were fine. It just literally tore the tread off." 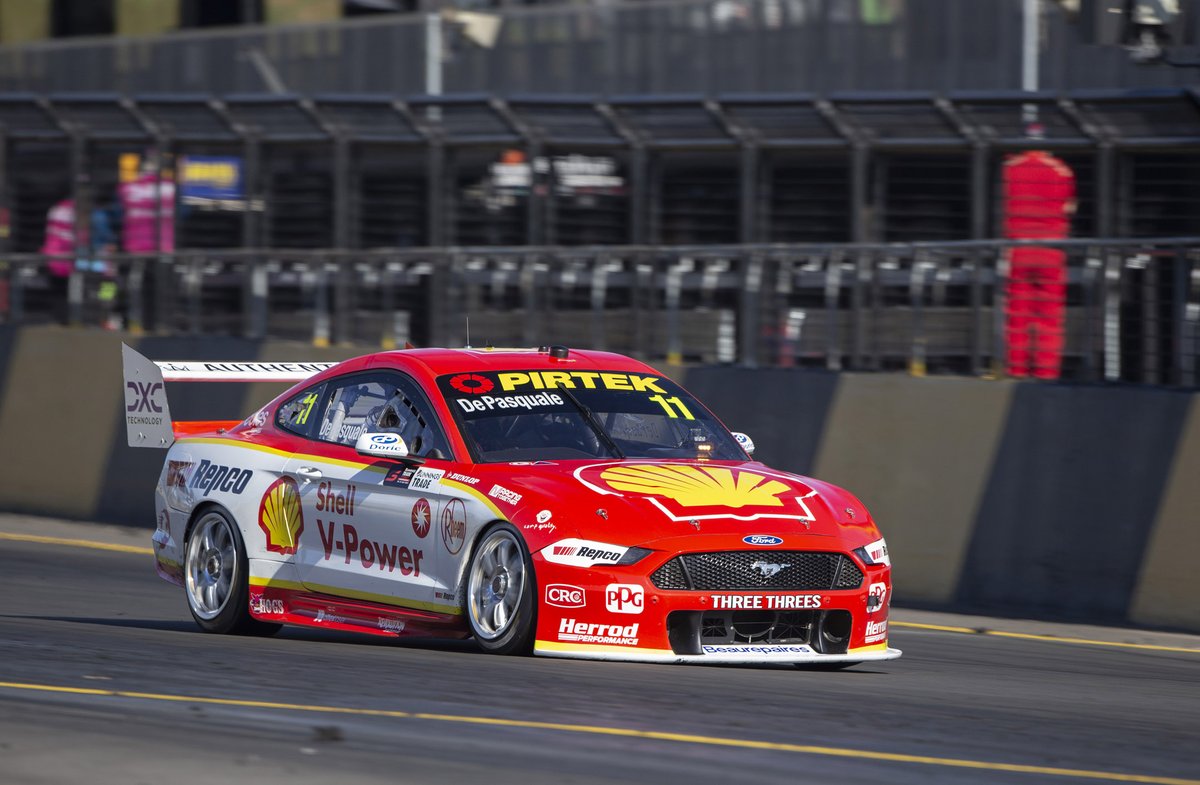 Fitzsimons added that the fact the issue only affected right rears and not right fronts pointed to a kerb, rather than debris on the track surface, being the culprit.

But which kerb is causing the issue remains a mystery at this point. Supercars' driving standards advisor Craig Baird and race director Tim Schenken began investigating the matter yesterday and will continue in the coming days before the second Sydney SuperNight event kicks off this coming Saturday.

"They were significant cuts," said Fitzsimons.

"Craig Baird and Tim Schenken went out for a while after the event last night looking at every kerb and every aspect of the track to see what they could find, because it was strange there was nothing on the front-right tyre, which would suggest the car had run over something on the track. So it's clearly somewhere where the car has a bit of attitude on it, sliding out a little bit.

"At this stage there's nothing we can put out finger on to say, 'that's what caused it'. But they are 100 per cent cuts, and there was nothing in the previous sessions, qualifying and practice.

"If it had been there in every session we would certainly be having a serious look at everything, we would have been onto it by Friday and we would have eliminated it by Sunday.

"But the fact that there was no indication at all earlier in the weekend, it was just one of those things.

"We'll have another look tomorrow and see if we can pin-point what it is."