Lowndes was part of the first test run for the GM-developed in Queensland at the end of June, with the engine in Holden's Supercars-inspired 'Sandman' estate car.

He and Red Bull Holden driver Jamie Whincup shared driving duties on the first day at the Norwell circuit, before Lowndes's endurance race partner Steve Richards took over for the second day.

The 3.6-litre engine - which is based on the GM engine used in the GT3-spec Cadillac - reportedly completed more than 150 miles of running without any major issues.

"It's coming along," Lowndes told Fox Sports's Inside Supercars show.

"There's obviously a lot of work to be done.

"The work that's gone on to get the motor into the car, to get all intercoolers and all the stuff that you need to run the engine has been a huge effort.

"It also hasn't interrupted the day to day work of the current cars, or the current team. Everyone has been working long hours, it's a lot of work.

"It was great to see and feel the car run. There's a lot of work to get to a point where we'll actually race with it, but it's a credit that it ran pretty much faultlessly.

"The main thing was to get the reliability, and it did all that.

"It was nice to be the first to drive it. It will be a competitive engine.

"Once we get it into a racecar and see what it's like on a track, head to head with a V8, I think it's got great potential."

Lowndes said he was comfortable with how the V6 sounded compared to Holden's current V8.

"It sounded very different inside the car to what does outside the car," he said.

"I was the first to drive it and sort of de-bug it, and then Jamie drove.

"And when you get someone else to drive it and hear it from the outside, it is definitely a different noise.

"It has a sound. I was sceptical too; as soon as you put a hairdryer on anything it quietens it down. But it's got a good noise, it's going to be exciting."

The V6 engine could be raced in Supercars as soon as next season - alongside the new-generation Commodore - although a full roll-out has been delayed until 2019. 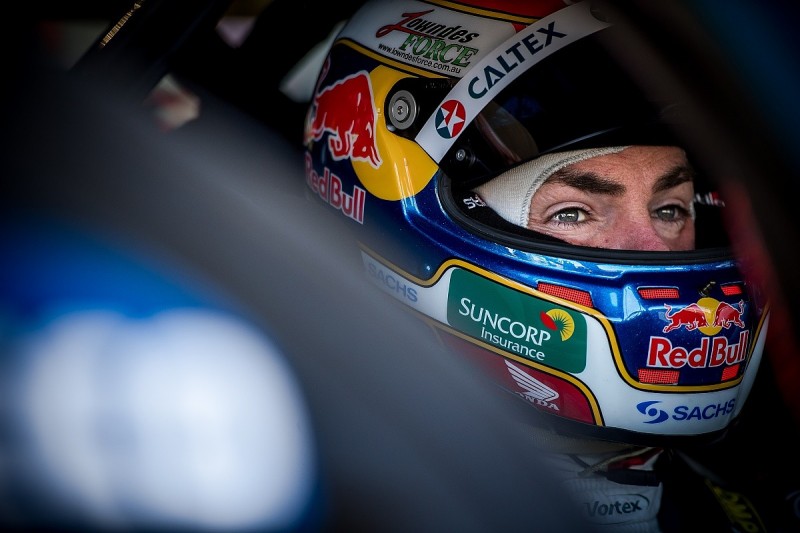